The Orbit US edition of Orcs is out next week, but the verdict is in on the cover model: UGLY. Which is, of course, exactly what we were going for when we hired the orc on the cover (we interviewed hundreds of orcs before settling on Walter, who had the perfect combination of pathos, anger and ugly.) 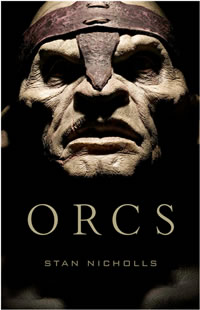 Walter’s visage has proven too ugly even for some of the genre’s most prominent critics. Jeff VanderMeer (who, let’s be honest, must have seen an awful lot of ugly covers in his years as an SFF critic) eventually decided he had to pretty up the orc.

“Just look at what a few randomly applied stars, flowers, smiley-faces, and the like can do to make a cover more humane! In fact, maybe Orbit should even run a “Beautify Your Orcs” contest. I bet readers would get a kick out of that.” 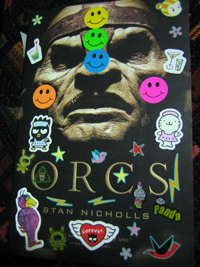 So inspired by Jeff’s suggestion, we’re asking you to beautify Walter. Here’s a link to a jpg image of the cover – Photoshop it, print it out and draw on it, scribble on it in MS Paint – then post the result to your blog or send us a copy of the image. To sweeten the deal we’ll send a copy of Orcs to the first five people to email their image to orbit@hbgusa.com .

Where did Walter come from, you ask? Our orc was sculpted by Nimba Creations, an FX firm that has created effects for films including King Kong, The Lion, the Witch and the Wardrobe, and Nightmare on Elm St.

Every wrinkle, scar, and pore on Walter was done by hand. And there are a lot of lovely details that you don’t see on the final cover – Walter’s slightly beseeching eyes and gloriously awful teeth. You can practically smell his breath just looking at him. 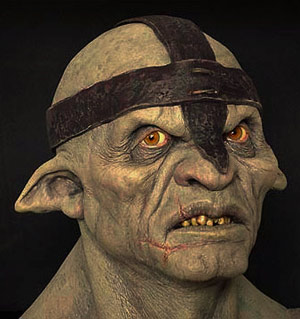