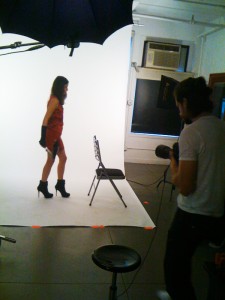 The Art Department is deep into working on the covers for Fall/Winter 2010-2011 and has moved from deciding directions on books and choosing artists right on to the fun part: photoshoots! Today yours truly was at the studio with the crew responsible for the Jaz Parks series by Jennifer Rardin (hey, Bite Marks is out now, don’t forget).

The next book in the series is lucky number 7, tentatively titled Bitten in Two. Jaz and her motley crew of vampire hunting/demon slaying/werewolf shooting misfits are in Morocco this time, hunting for a way to evict the evil spirit locked in the back of Jaz’s skull. If you haven’t read this series, it’s all action, ass-kicking, and one hot vampire. No swooning maidens here.

What’s fun about a series is everyone knows their roles and the tone, and you just get to play. I don’t have the shots back from Michael yet, but we got some great shots. The last few books have been focused very much on Jaz Parks, ass-kicker, but we wanted to refer back to the earlier installments, which were more on the sexy side. So we did a lot of sexy-but-deadly, which is totally Jaz.

Enjoy some behind the scenes shots taken on the trusty iphone: 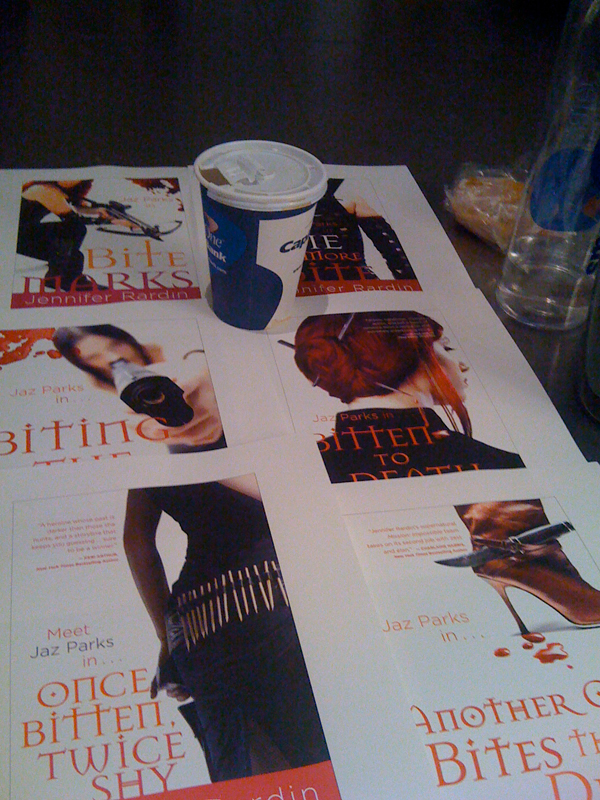 Reference material – you don’t want to accidentaly take too similar a pose. 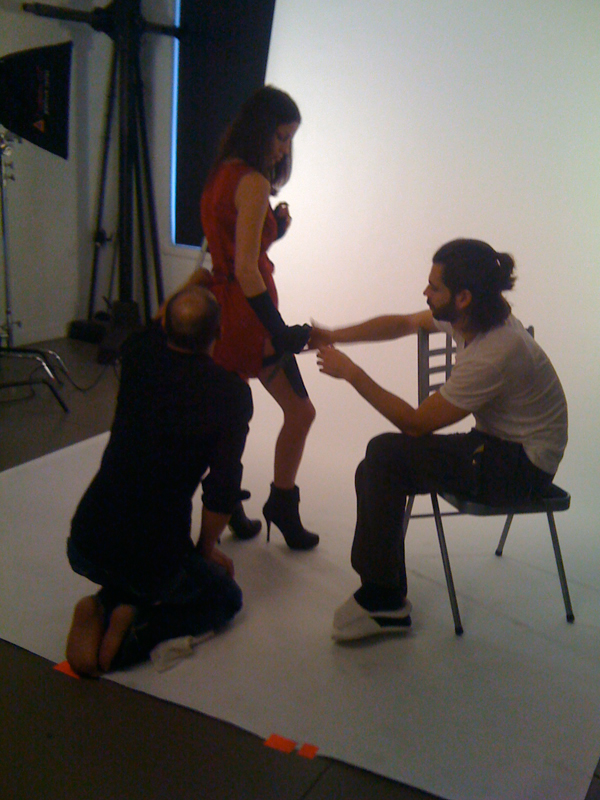 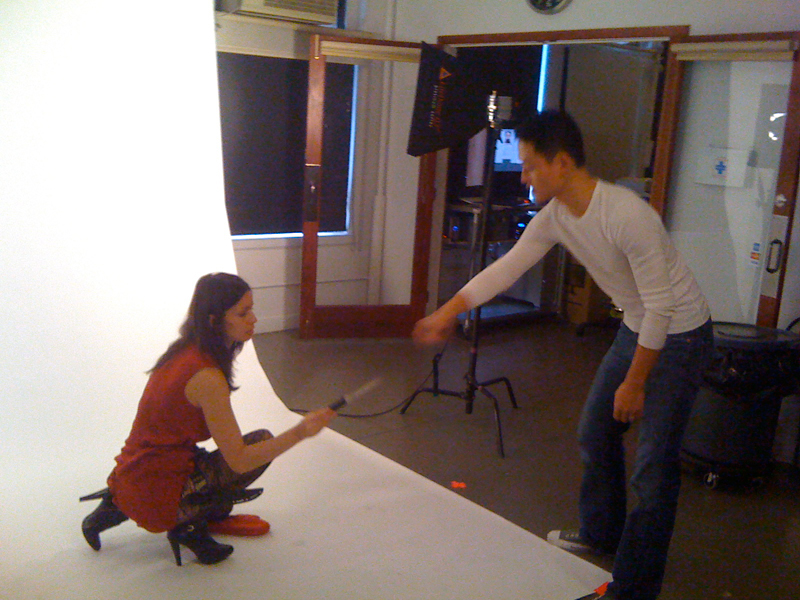 Tim demonstrating how to hold the knife and look mean. 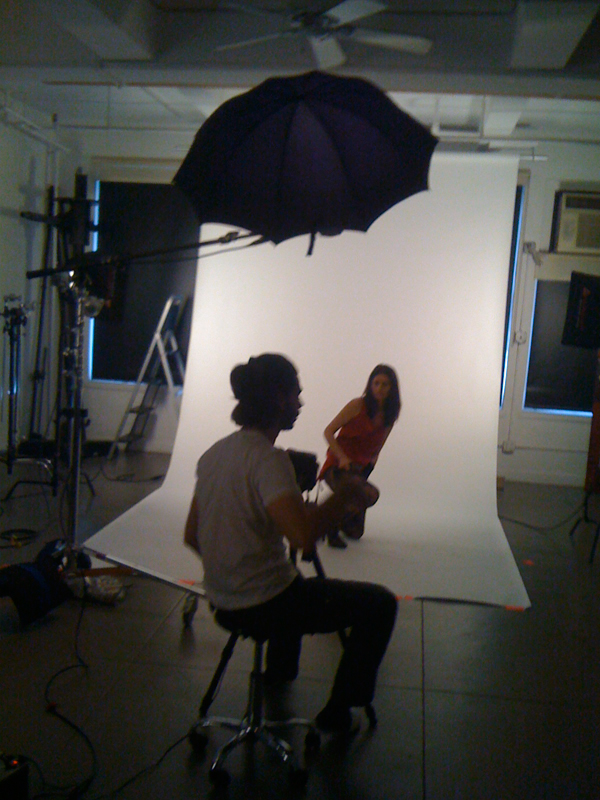 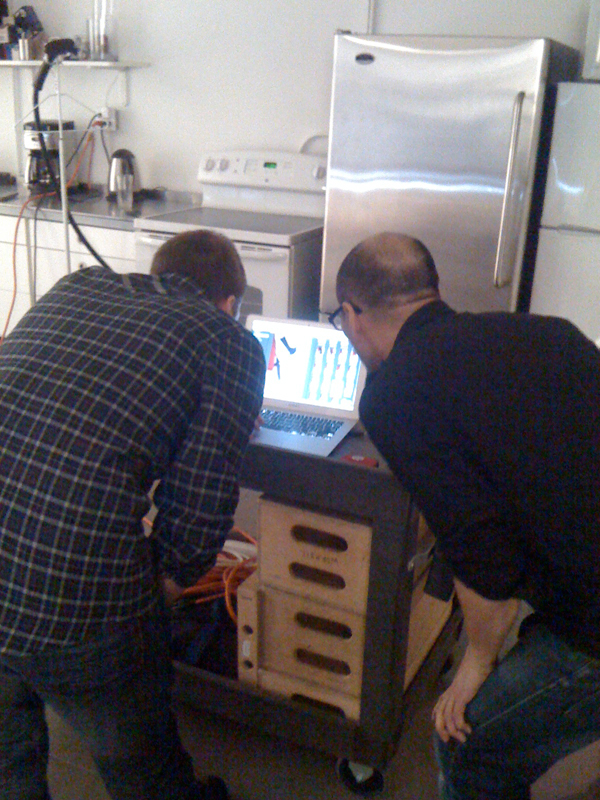 Checking the shots on the computer. 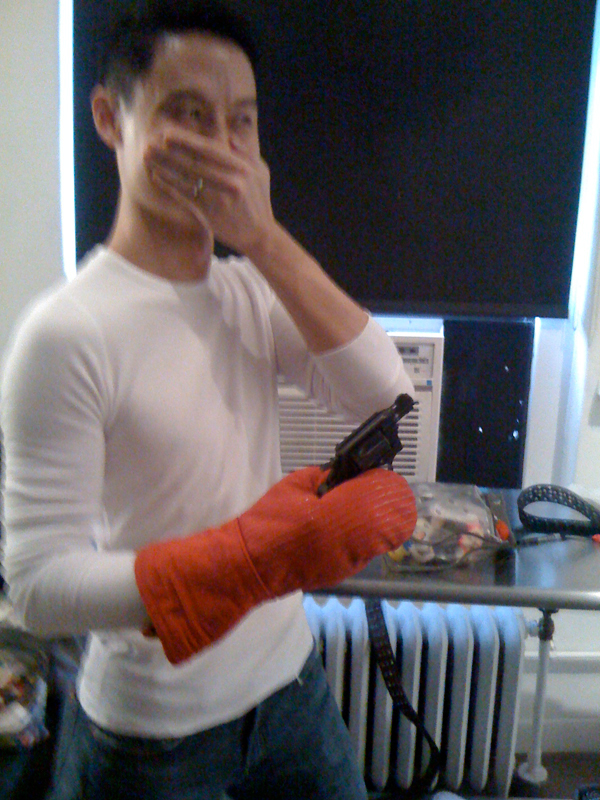 Tim playing with the props. As opposed to me, who never plays with the weaponry… 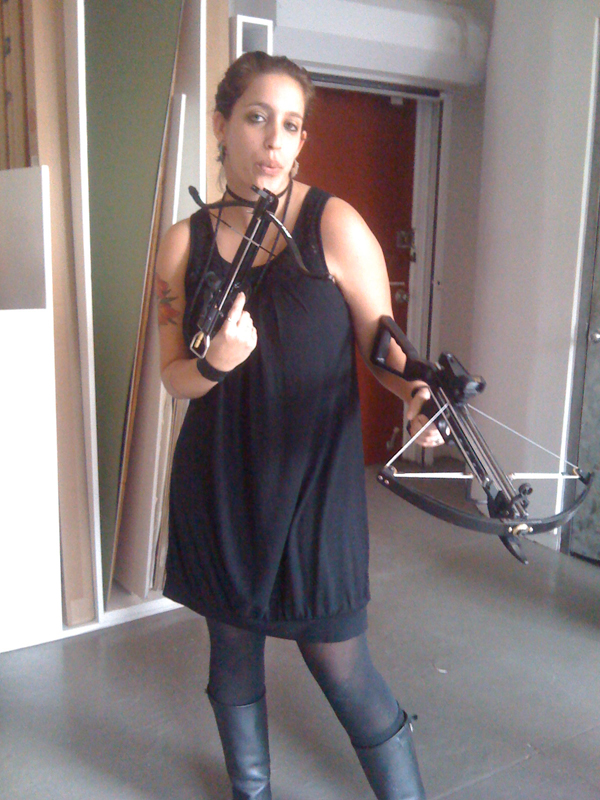 (actually from the Bite Marks shoot)