Mr. Shivers, the debut novel by Robert Jackson Bennett, has been getting some fantastic praise around the review circuit, with a lot of comparisons to Stephen King + John Steinbeck, which is pretty awesome in my book. The Company Man is not a sequel, but if you liked Mr. Shivers, you will definitely like this one. It also takes place in an alternate history of America, and I would say this one, to me, feels like H.P. Lovecraft + Chinatown (the movie) happening in Fritz Lang’s Metropolis. If that doesn’t sound cool to you, well, then, I don’t know what else to say. Haha.

It’s very noir, a retro-futuristic, some gumshoe detective, and of course a horror story, all rolled into one. Here’s a description:

A trolley car pulls into the station with eleven dead bodies inside. Four minutes before, the inhabitants were seen boarding at the previous station. All are dead. And all of them are union.

The year is 1919. The McNaughton Corporation is the pinnacle of American industry. They built airships that cross the seas. Guns that won the Great War. And above all, the city of Evesden. But something is rotten at the heart of Evesden.

Caught between the union and the company, between the police and the victims, Hayes must find the truth behind the city before it kills him.

Although I didn’t want to make The Company Man look like a sequel, I definitely wanted to tie them together in feel. They have the same strongly historical feel (although different historical periods), and the same sense of decay: 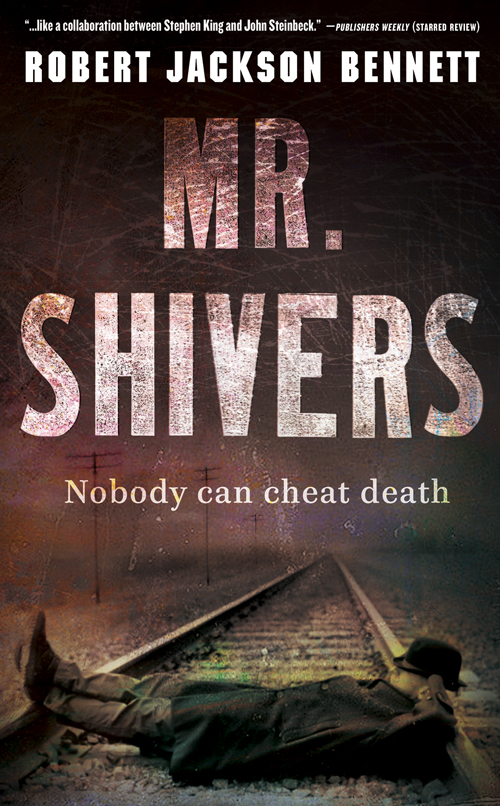 Out now in Hardcover, out in Paperback September 2010