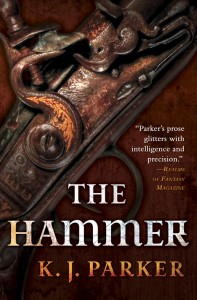 K.J. Parker’s critically acclaimed Engineer trilogy featured  three great covers by Keith Hayes. Since then, Parker has been writing  stand-alone novels, and any one of them is a great place to jump in without any series-long commitment. Of course, I’m sure you’ll be back at the bookstore buying the Engineer books as soon as you finish any of these books, but you can start slow if you don’t believe me…

The Company was really an ensemble story, so we wanted to show the characters on the cover, but for The Folding Knife and The Hammer, I really wanted to continue the “artifact” look of The Engineer Trilogy.

The colony was founded seventy years ago. The plan was originally to mine silver, but there turned out not to be any.

Now an uneasy peace exists on the island, between the colonists and the once-noble met’Oc, a family in exile on a remote stronghold for their role in a vaguely remembered civil war. The met’Oc are tolerated, in spite of occasional cattle stealing raids, since they alone possess the weapons considered necessary protection in the event of the island’s savages becoming hostile.

Gignomai is the youngest brother in the current generation of met’Oc. He is about to discover exactly what it is expected of him; and what it means to defy his family. 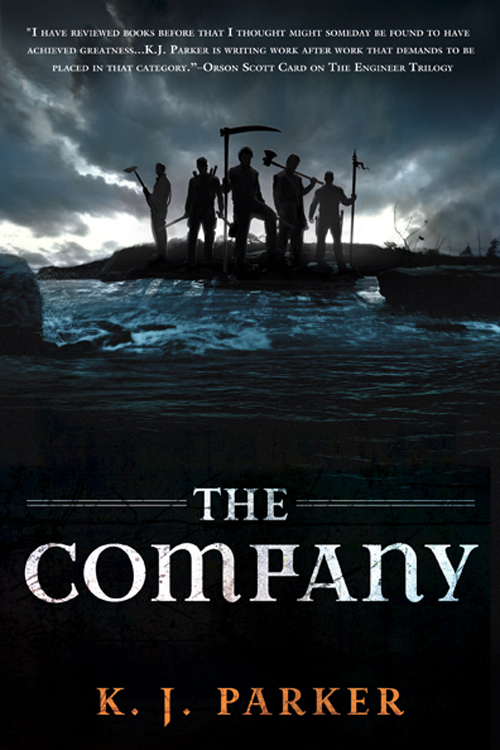 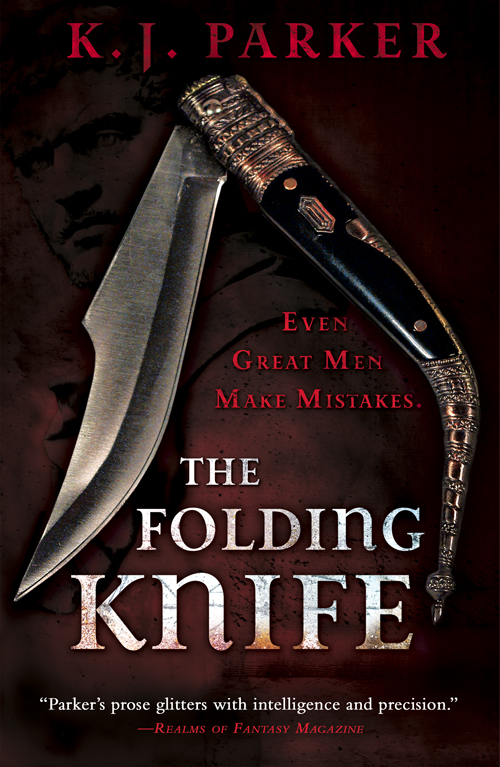 The Company and The Folding Knife 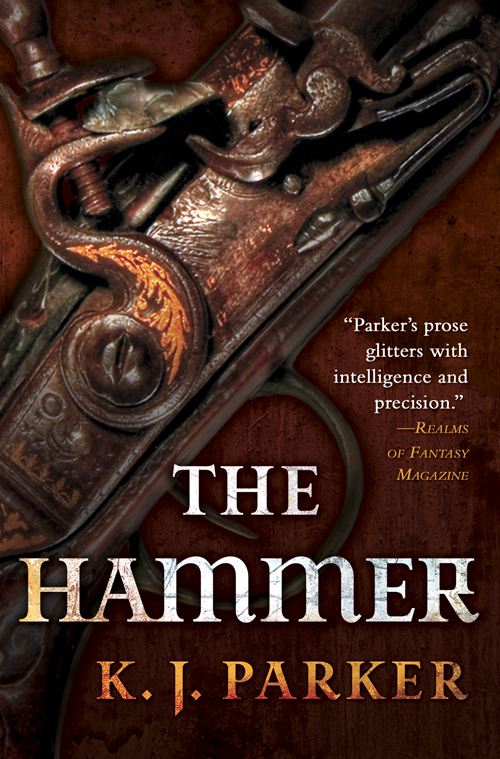