The Crowded Shadows (UK | US), book two in Celine Kiernan’s Moorehawke trilogy, is officially out in the UK today ( following the US date) and there’s a free extract here. Then in October we’ll 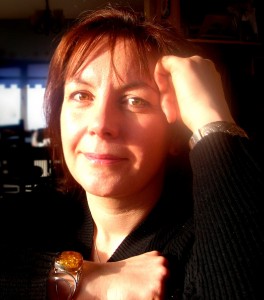 release The Rebel Prince (UK | US) in both the UK and US, so the author has a packed few months coming up. But despite this, Celine has kindly said she’ll visit our blog over the next few weeks to say a few words about her work, writing fantasy, wolves and other things not necessarily beginning with ‘w’. Her first post was an insight into illustration, Celine being a classical character animator by trade.

Celine told us that a few years ago she had a shoebox filled with the usual myriad rejection slips that all writers collect. Holding down two jobs with two children, she would secretly write at night. But much hard work later she’s now the proud owner of a finished trilogy with some very shiny covers! She’s also accumulated two nominations for the Irish Book awards and a raft of great reviews for The Poison Throne (UK | US), book 1 of the trilogy: