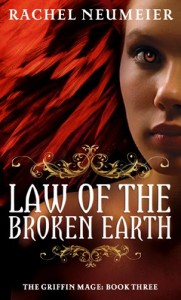 For that matter, what kinds of fantasy do *I* write?

Many of the panels at the World Fantasy Convention this year were about specific categories of fantasy:  for example, Fairytale, Epic, Urban, and Sword and Sorcery.  Naturally all those panels tried to define their particular subgenre, frequently showing that there’s significant disagreement about what constitutes any particular type of fantasy.

During the Sword and Sorcery Panel, Patricia Bray specifically urged attendees to look up The Griffin Mage trilogy and made several flattering comments about it. And it was a packed panel, so many thanks, Patricia!

But I wouldn’t have thought of The Griffin Mage trilogy as Sword and Sorcery.  Later, thinking about what subgenre I’d personally put The Griffin Mage in . . . well, I’m still not sure. Of course the sub-categories of fantasy blend into one another, but here goes an attempt to sort them out:

There’s Horror, which integrades with Dark Fantasy, which in turn shades over to Gothic Fantasy.

There are Fairytales, which (I’d argue) include both retellings (like McKinley’s BEAUTY) and new stories with a fairytale ‘feel’ (like McKillip’s THE CHANGELING SEA and my own THE CITY IN THE LAKE).

There’s the wildly popular subgenre of Contemporary Fantasy, with its own sub-subgenres of Urban Fantasy and Paranormal Romance.

There is Humorous Fantasy and Terry Pratchett’s Satiric Fantasy (which sure seems distinct to me).

And then there’s the huge body of fantasy that starts with High Fantasy and grades through Epic Fantasy and Quest Fantasy and finally reaches Sword and Sorcery on the far end of some kind of spectrum of style and scale.  The Griffin Mage trilogy clearly belongs in there someplace, but where?

I’d personally separate High Fantasy from Epic Fantasy on the basis of writing style and ‘tone’, and Quest Fantasy is often expected to contain, you know, a *quest*.  Some specific task the protagonist needs to accomplish.

Then I think I’d tend to separate out Sword and Sorcery as those stories that have a gritty tone, in which the events take place on a small scale rather than involving a huge cast and the whole world, and in which the hero ‘swashbuckles’ his way through numerous fight scenes.

If no swashbuckling or grittiness, then it’s something else, even if the story takes place on a smaller stage.  But what?

I think there’s room for a distinct category somewhere in the middle.  A category for small-scale-but-not-Conan-style fantasy.  Not necessarily Quest Fantasy, unless you define ‘quest’ really broadly; not exactly High Fantasy, not exactly any of the above. Whatever you call it,
though, that’s where I think The Griffin Mage trilogy belongs:high-ish in tone, small-ish in scale (at least mostly), but definitely not Sword and Sorcery.

What would you call fantasy that falls into this undefined category?