Starting this April, Orbit will be publishing brand-new original short fiction written by our authors as eBooks. The stories will be available at all major eBook retailers – initially in the US, further afield in the very near future. You can sign up to our announcement list here.

We’ve got a fantastic list of stories from Mira Grant, Jaye Wells, T.C. McCarthy and Jennifer Rardin. You can find details about our launch stories after the jump! 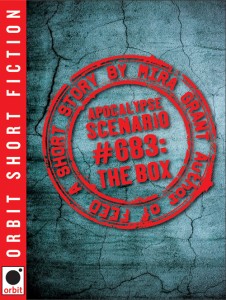 A new short story from Mira Grant, the author of FEED. Every week five friends get together to play a game– a game they call the Apocalypse Game. It’s a fun time with chips and beer and plotting the end of the world. Except this time, one of them is missing and the stakes are higher than ever before. 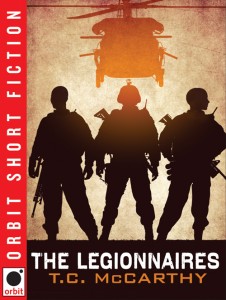 In this short story by T.C. McCarthy, one ordinary woman with nothing to lose joins the French Foreign Legion and finds herself, and her comrades, pinned down in a bunker surrounded by enemies. Thousands of the mantis-like creatures swarm towards them and with no communications and little ammo, survival is a desperate hope. She is a volunteer and a soldier, and to save herself, her squad, and the refugees they defend, she must remember the life she left behind. 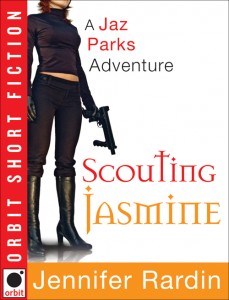 Jaz Parks is on the hunt for a politically-powerful vampire; but little does she know that she herself is being hunted — by her future boss, Vayl. In this exciting short story that takes place prior to ONCE BITTEN, TWICE SHY, Vayl sees Jaz in action for the very first time. 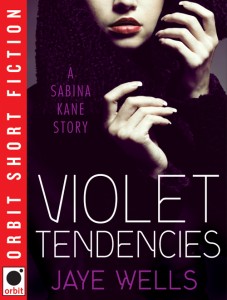 Former assassin Sabina Kane heads to Los Angeles to find her kidnapped sister. Helping her on the mission are her hot mage partner, her Mischief demon minion, and a Vanity demon named Valva. The problem? She’s got to figure out how to find her sister without letting her enemies know she’s back in town. But when Sabina seeks out an old ally — a vampire strip club owner named Fang — for help, Sabina learns the hard way that Vanity demons don’t know the meaning of the phrase “low profile.”