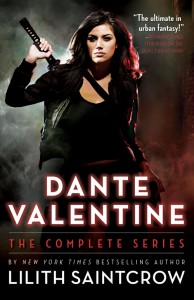 A series, like all good things, must end. In a perfect world, it would do so not sooner, not later, but just exactly where it needs to.

I’m not going to lie–this is an incredibly difficult feat to pull off. Finding the proper place to end a series is a lot like crawling around in a pitch-black room with a lamp’s plug, looking for a socket. While the room is flooding. And carnivorous eels are swimming in. Plus, lasers. And explosions. Even James Bond would have a bit of trouble with this. (Although Daniel Craig’s Bond, much as I love him, would probably be a terrifically bad writer. I don’t think he’d take editing well.)

A series needs to end for the same reason books need to end–because a successful story must have structure. A story starts out with a situation in equilibrium, something happens to disturb that equilibrium, the consequences are explained in rising action leading to a crisis, and the story naturally ends when a new balance is reached. Within each scene and chapter, this principle is also at work; there is an arc to each character and each sentence. And, of course, a series has its own arc; it naturally wants to settle into a new balance.

Finding that moment is difficult for a number of reasons. A good series ends at the right moment, leaving the audience satisfied but also wanting. If a story is a seduction, the series is the relationship, and you want it ending amicably. (Being recently divorced, maybe I shouldn’t use that metaphor. Oh well.)

Why, then, if it’s so critical to bring a series to a proper close, would it drag on?

* The writer/audience is in love with the character. It’s difficult to say goodbye, for both writer and audience. Sometimes a series goes on past its natural ending because the writer can’t bear to part with the characters. These are, after all, imaginary people you spend a significant chunk of your life putting on paper, thinking about, empathizing with, talking about. (We’re not that crazy. It’s just our job.) And audiences have a hard time saying goodbye to characters they’ve identified with or even just really enjoyed. I still have people asking me if I’m going to go back to Dante Valentine’s world. I’d like to, but I can’t. Her story–and Japh’s–is done.

* Momentum. Sometimes a series is a juggernaut, and it doesn’t end because the writer can’t slow down, pulled along by audience expectations or by the weight of the thing. It’s not a terrible problem to have–people love your stuff so much they want more and more and more? This is so not a bad thing. But at the same time, it’s so hard to disappoint your fans. Writers deal with rejection on a daily basis, even popular ones. Getting the opposite, especially in such huge doses, isn’t something to be sneezed at. When your editor, your agent, the fans, your critique partners, want you to keep going, plead with you to extend the series, to give them more time with these characters…well, it’s difficult to say no. Almost, dare I say it, impossible.

* The WORLD, man! The WORLD! Sometimes it’s not the characters the writer or audience is in love with. It’s the world. I could have cared less about Paul Atriedes–he really was a pretty cardboard character–but the world of Dune and the Fremen and the Empire and the Bene Gesserit and and and…just fascinated me. I would have gladly gone on vacation there just to learn about the history and sociology. (Plus, Kyle Maclachlan. But that’s personal.) Sometimes a writer falls down the rabbit hole into the worldbuilding, and if the series achieves a certain amount of success there’s no reason to come out. You can get so comfortable inside this thing you’ve created, you don’t ever want to stretch out beyond it.

* The money, honey? You expected me to say “the money, of course.” But you’d be wrong. Look, the number of series that drag on that are financially remunerative enough for them to be a reason to keep beating a dead horse is infinitesimal. They represent the exception much more than the rule. It’s far more common for a dragging series to have achieved only a modest amount of profitability, just enough to keep it afloat. (I leave out tie-ins here, for a variety of reasons.) This is a function more of momentum (see above) than of cash. Of course, television series and movie franchises keep going until the last dollar is squeezed out of resisting pockets (look, without Michael Sheen, I don’t WANT another Underworld, okay? TEAM LUCIAN!) but this is much more difficult to do in publishing. (Twilight is an aberration. There. I said it.)

* Awkward sizes. Sometimes there is too much for a short story, but not enough for an actual book. (Novella, anyone?) Or a writer/director has too much material for a movie, but not enough for even one television season (and miniseries, sadly, seem to have gone the way of the dodo). Sometimes a story is big enough for a duology but not a trilogy, or there’s a quartet in there but not a trilogy or pentalogy. Odd sizes in stories, as in life, are hard to make workable unless one pads or thins them.

* Exigency. A writer who thinks s/he has to compress five books’ worth into three, then is asked to expand the series to five again (this happens, A LOT) faces an almost-insurmountable problem. Sometimes writers are forced to bring series to abrupt closures as well. Screws fall out all the time, the world is an imperfect place.

Any of the above, singly or in combination, could drag a series along. The subject is also complicated by the fact that one person’s “my GOD this is beating a DEAD HORSE” is another person’s “this is SO GOOD I never want it to end!” Both can be perfectly true at the same time. I am sure there are readers who feel I’ve dragged out something forever, or who wish I would go back and just give one more book in a beloved series. I have even been forced to bring series to an end, even though I wanted to stay in them…

…but that’s another blog post. In the end, I’m the one with the most power over how the series ends. I don’t have all the power–the publisher, of course, can refuse to buy another book from me, as can my audience. Still, I take ending a series very seriously, and I do think I possess the lion’s share of control over it. I would far rather leave readers wanting a little more than overstay my welcome; and after I’ve brought my characters to where they need to be I am happy to say goodbye to them. I grieve, certainly. It’s sometimes painful. But it opens up a new door in front of me. I can let the next story in the long murmuring shuffling line that follows me around step forward into the spotlight and give it a chance to seduce me, entrance me, enthrall me. There is no shortage of stories, and I intend to sample as many as I can before I am silenced by time or accident.