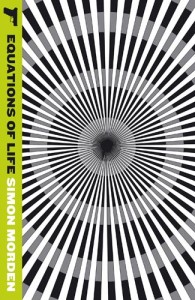 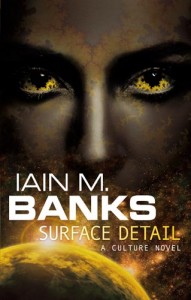 Iain Banks (IB) and Simon Morden (SM) recently discussed Science Fiction’s role in the wider world of literature. Read on below for the whole discussion.

SM: I think you occupy a unique position, certainly in British literature, as a writer who whole-heartedly embraces science fiction – defends it vigorously in public, even – and also writes successfully outside of the genre without the aid of a pseudonym. Just the additional M. There are, of course, other writers who’ve used SF as a vehicle for story telling – Kasuo Ishiguro (Never Let Me Go) who was up for the Clarke the year I was a judge, PD James (Children of Men), Margaret Atwood – who don’t seem to attract what fantasy author Stephen Hunt has described as “the sneer”.

Do you find that reviewers more used to ‘literary’ novels (for the want of a better word) – when they’re covering books like Steep Approach, or talking about your whole body of work – tend to not talk about the SF stuff, despite it being pretty much half your output?

IB: Yes, the SF does tend to be ignored but that by itself isn’t so terrible; better that people don’t comment on stuff they don’t read and likely have no sympathy with than pass judgements in ignorance or filtered through a kind of prejudiced contempt.  It is, after all, my choice to work in two quite different fields and to insert/delete the ‘M’.

In the end I’m happy to be judged for the SF alone, the literary – for want of a better term – alone, or (c) all of the above, and it would be unfair to expect somebody – critic or book-buying reader – who just isn’t into SF to have to take that side of my work into account when trying to come up with any sort of comprehensive evaluation beyond that based on a single novel.  The problem comes more from the attitude that the mainstream somehow automatically ranks higher than the SF, that it takes precedence over it.

I think a large part of the problem comes from the way our cultural elite are educated, at the tertiary stage particularly; especially in England there seems to be a disconnect between the Humanities and, well, everything else, to the detriment of a fully rounded world view from those generally regarded as being most qualified to comment on matters literary.

Too many very intelligent and otherwise well-educated people seem to have a sort of disdain for technology and – by association – for any literature that deals with it. This may be born of a sort of subtly inculcated fear, or perhaps just intellectually inherited snobbery; hard to be sure. Anyway, I think that attitude is at least unfortunate and arguably – for our whole shared culture – both damaging and dangerous.

SM: The thing is, I can’t imagine our forebears putting up with such a situation. Boasting – boasting – about being essentially ignorant about ‘natural philosophy’ would have been seen as utterly shameful.

I was listening earlier today to a radio programme about the Eighteenth century Enlightenment philosopher David Hume. He’s best known for his work on reason, but he was pretty much all over the entire syllabus. And as far as I can tell, his breadth of knowledge was far from unique, at least up to the beginning of the twentieth century. Engineers, scientists, philosophers, writers, artists: all moved in the same circles and appreciated each others’ knowledge. So how did the humanities become so isolated? And, more importantly, who’s going to listen to us when we suggest there’s a genuinely serious problem here?

IB: I don’t know exactly why the humanities have become so isolated.  I think it is a problem, and arguably a serious one – though the effects will be subtle and spread over generations, so hard to spot – and I think all anybody can do is keep banging on about it to anybody who’ll listen.

Ultimately the societies / states which take heed will be the ones which flourish in the future and so the problem will – in a sense, if one is being bloody-minded about it – sort itself out.  Trouble is, that scenario implies the waste of a lot of human potential, if that’s the only way it sorts itself out.  Better that those in a position to do something about it listen, understand and do something.  However I wouldn’t hold your breath; humanity’s record of civilisational witlessness in such matters does not encourage any great optimism.

SM: A panel at the Eastercon just past debated whether or not SF had won the culture war: the conclusion – that we have, and are just mopping up the last of the resistance – seemed a little optimistic to me. While we have magnificently science-fictional devices akin to Star Trek communicators in our pockets, very few people have the slightest idea how or even why they work. It’s as if Clarke’s Third Law isn’t so much a literary device as a prophecy.

So while it’s true that some of the richest people on the planet got their money from actually designing and making things, the people who purport to rule us seem to have very little knowledge of science, medicine, engineering, or mathematics. I’ve just checked the academic backgrounds of the entire Cabinet of the UK government, and with a couple of notable exceptions, it’s not happy reading. The disparity seen there raises all sorts of questions. Does our artistic elite consciously feed off the sense of worth given to science and technology by our political culture? Would we have a more balanced society if decision-makers had a better understanding of scientific principles? Indeed, what would happen if more politicians read SF?

IB: I suspect our artistic elite does feed off the sense of worth given to science and technology by our political culture, though how conscious this process is I’m not sure.

Would we have a more balanced society if decision-makers had a better understanding of scientific principles?  Probably, though – given the way the rascals behave sometimes – them having a better understanding of moral principles might be even more to the point.  But let’s not be too down on them; I’m always pleasantly surprised how much money our politicians are prepared to sink into giant long-term projects like the LHC and the Hubble and its successors.  Given the currently fashionable fetishising of the bottom line and the short term it’s almost miraculous (though the cynic in me suspects they’ve been spun a line about potential future military spin-off tech by a particularly cunning and manipulative group of scientists).

And obviously I think the world would be a much better place if more politicians read SF.  But I could be wrong.

SM: I was struck by a recent Guardian article* on China Mieville, which borrowed Mieville’s The City and the City imagery of two cities occupying the same geographical space to describe the disconnect in our cultures.

It strikes me that although actual knowledge of science and technology are patchy, genre ideas are widespread and increasingly a part of life: even a B-list author like me has been reviewed in the Telegraph, the Guardian and the Financial Times. So are events like the Man Booker and the BBC’s World Book Day fiasco simply the result of a literary cultural elite talking only to itself, and ‘unseeing’ this huge other edifice of popular culture beside it? We’re pretty much everywhere, and it has to take some concentrated effort to ignore what’s happening.

IB: I don’t think it is ‘unseeing’, I think it’s just plain old-fashioned ‘ignoring’.  There’s no element of self-deception involved (not at this level, anyway) and it’s entirely acknowledged that genre and other ‘lesser’ forms exist, it’s just that they’re dismissed as entertainment while the stuff the elite like is elevated to the rather more hallowed status of Art.  I think art is just entertainment for the elite, for those who have self-consciously more ‘refined’ tastes than the general mass of people:  even the highest art is simply entertainment for intellectuals.  I don’t even mean to be insulting here (not like when I say to opera lovers, Oh, you like musicals?), I just think it’s basically snobbery which makes us separate entertainment and art and denigrate one while worshipping the other.  I also don’t mean to imply that all art/entertainment is of the same worth; it isn’t.  All I want to argue is that what we are faced with when we confront the vast array of creative cultural output that we currently call art and entertainment is not as crudely binary in nature as those two words suggest but rather a spectrum, and an untidy one at that, with junk and gems distributed throughout.

I think all that any of us can do is produce the best stuff we’re capable of producing – preferably without either feeling ashamed of it or (even worse in a way) working on projects our hearts aren’t really in but which pursue anyway because we feel they’ll garner a better class of praise just through their supposedly more serious or refined nature.  And, I repeat, keep banging away at this very subject; don’t take it lying down, don’t accept this is just the way things have to be.  We have to challenge the authorised version of our imposed cultural hierarchy.

Surface Detail, the latest Culture novel by Iain M. Banks, is out now in paperback. Equations of Life and Theories of Flight, the first two books in the Metrozone series by Simon Morden, are available now, with book 3, Degrees of Freedom, being released next month.