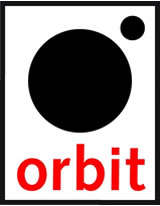 Bitter Seeds is an audacious fantasy retelling of the events of World War II – where Nazis create superhumans that can throw fire, see the future and turn invisible, whilst the British warlocks use dark magics to hold back the German invasion. I was totally wowed by the deliciously sinister atmosphere of this novel, with its endlessly imaginative plot twists and awesome superhero-like characters. Ian has a very bright future ahead of him and I’m so glad that we’ve been able to take him on in the UK.

Bitter Seeds was released in the US last year to huge acclaim – here’s what people have said so far:

Look out for Bitter Seeds in December next year! Its sequels The Coldest War and Necessary Evil will be released in February 2013 and April 2013 respectively.