To celebrate some of the amazing books Orbit have launched during 2011 (and taking a sneaky peak at 2012) we are having a giveaway – but it’s a giveaway with a difference!  We have 5 sets of Advance Reading Copies up for grabs.  Obviously they are not so much in advance any more, but they are exclusive, limited editions that money can’t buy – and they are a great sampling of some of Orbit’s biggest and best titles of the year! 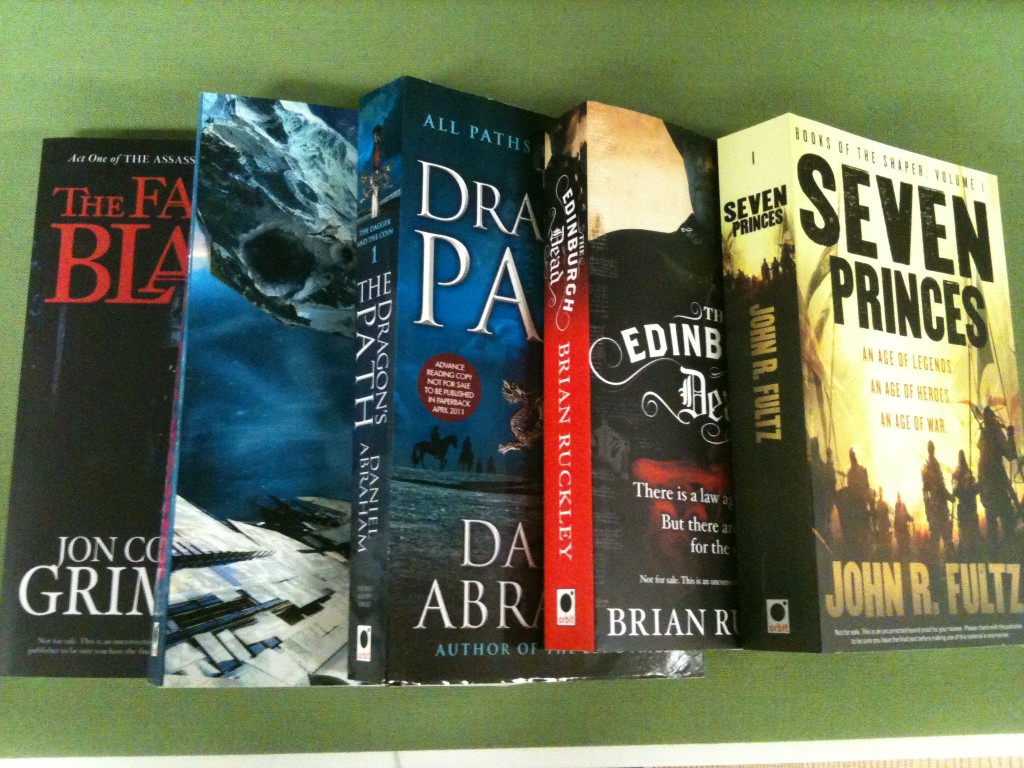 The competition is open to the UK and US.  Full terms and conditions below.  Complete the following form for your chance to win one of the sets!

1. This prize draw is for one set of books as listed above.
2. The Winner will be selected at random from the entries received in accordance with these terms and conditions by Orbit marketing, whose decision will be final.
3. The Winner may see their name posted on the Orbit website, newsletter and possibly other websites and Twitter accounts.
4. There is no purchase necessary to enter.
5. The prize draw opens at 12:01am GMT on 12th December and closes at 11:59pm GMT on 12th January. Any entries received outside these specified times and dates will not be eligible for entry into the competition.
6. The prize draw is open to anyone aged 16 or over who resides in the UK or US, except employees of Little, Brown Book Group, their families, or anyone professionally connected to the competition either themselves or through their families.
7. Only one entry per person allowed. Second or subsequent entries will be disqualified. Entries will not be accepted via agents, third parties or in bulk.
8. Little, Brown Book Group is not responsible for contacting or forwarding prizes to entrants who provide unclear or incomplete information or for entries lost, misdirected, delayed or destroyed.
9. Little, Brown Book Group reserves the right to alter the prizes or cancel the prize draw without notice. No cash alternatives to prizes will be provided.
10. The Winner will be emailed directly.
11. Little, Brown Book Group will only use email addresses of the entrants, and the Winners’ postal addresses, in compliance with the provisions of the Data Protection Act 1998 and in accordance with our privacy policy. The emails from the entrants, and from the Winner with their postal addresses (including any other record of the address), will be deleted respectively after the end on the competition and after the prize has been posted.
12. By entering the competition each entrant agrees to be bound by these terms and conditions.
13. This competition is being organised by Little, Brown Book Group 100 Victoria Embankment EC4Y 0DY London, UK.