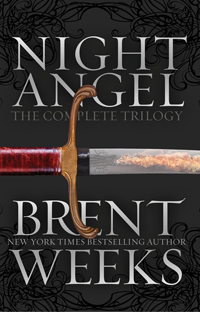 I’m super excited to show you the cover to the omnibus of Brent Weeks’ Night Angel trilogy. I was so excited when I heard I was working on this project. We wanted to repackage this series in a way that communicated the epic adventure but also looked badass on a coffee table: an element of sophistication and collectability.

We eventually decided to do the black cover with the blind spot glossing of the pattern in the background, the Night Angel title and Brent’s name in foil and the sword front and center. The sword was the biggest challenge since we needed to bring to life something that’s only been described in text. After considering all of our options, which included thinking about having someone fabricate a Curoch to shoot, we eventually decided a photo illustration allotted us the most flexibility with regards to tweaking an editing the final image.

I had an absolute blast working on this project. Anytime I get to research weapons, makes me a very happy designer. After a bunch of rounds tweaking and fine tuning, we came up with what you see in the final design. 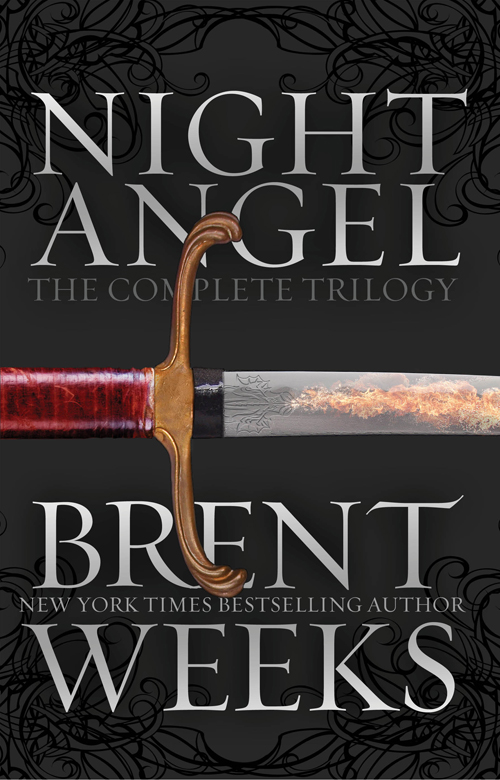