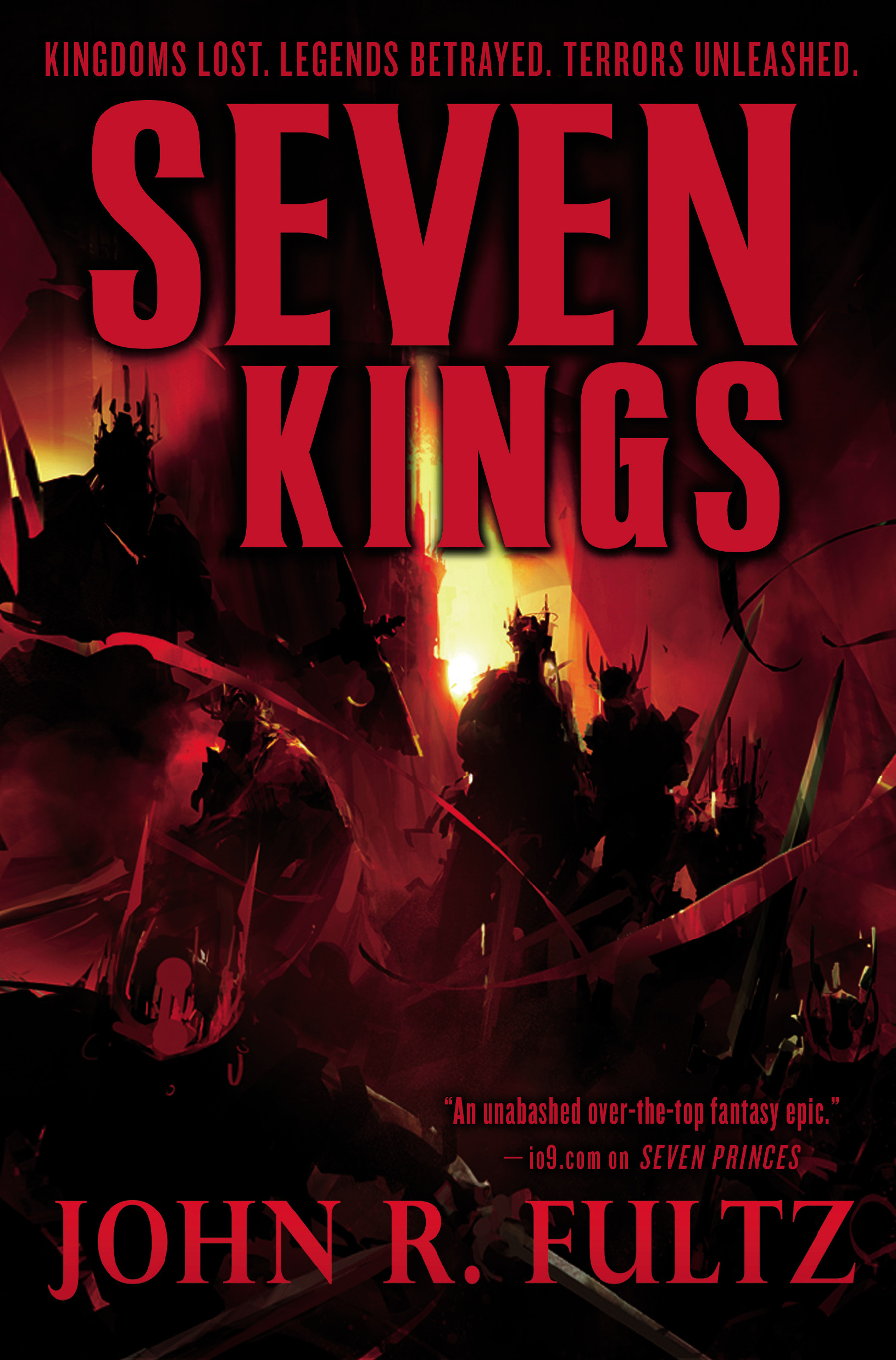 Read Chapter One of SEVEN KINGS (US | UK| AUS) by John R. Fultz, the second instalment of a magnificent story of an age of legends – where the children of giants do battle with ancient sorcerers, and no less is at stake than the fate of the world.

The colors of the jungle were bloody red and midnight black.

Whispers of fog rustled the scarlet fronds, and the poison juices of orchids glistened on vine and petal. Red ferns grew in clusters about the roots of colossal carmine trees. Patches of russet moss hid the nests of red vipers and coral spiders. Black shadows  danced beneath a canopy of branches that denied both sun and moon. Toads dark as ravens croaked songs of death among the florid mushrooms. Clouds of hungry insects filled the air, and red tigers prowled silent as dreams.

Death waited for him in the jungle. There was nothing else to find here. No refuge, no escape, no safety or comfort. This place offered none of those, only a savage end to suffering and a blinding slip into eternity. Tong expected to die here, and he welcomed it. He would die a free man, his knees no longer bent in slavery. He ran barefoot and bleeding through the bloodshot wilderness.

Yes, he would die soon. But not yet. He would take more of their worthless lives with him. This was why he fled the scene of his first murder and entered the poison wilderness. It was not to save himself from the retribution of his oppressors. He fled so they would chase him into this scarlet realm of death. The dense jungle and its dangers gave him precious time. Time to steal the lives of the men who chased him. He would survive just long enough to kill them all; then he would give his life gladly to the jungle and its cruel mercy.

Only then would he allow himself to seek Matay in the green fields of the Deathlands.

Want to start from the beginning? Read the prologue and first chapter from SEVEN PRINCES – the exciting fantasy debut of John R. Fultz.