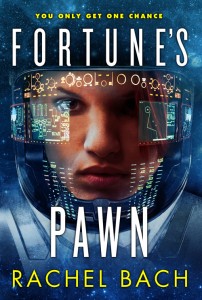 FORTUNE’S PAWN (US | UK) and the Paradox Series by Rachel Bach is coming out this Fall in November 2013.

I’ve had a particular attachment to this project. As a father of a three year old girl, I love that the covers for this series are showcasing a strong female character. My kid already has to listen to me quote Ripley to her on a daily basis, now she gets to listen to Devi quips too.

Putting this book together was a challenge beyond figuring out how the series was going to look. It was really executing that vision that was the biggest obstacle. I wanted Devi’s face to be front and center. I wanted a snapshot moment of a badass female with an unamused expression to set the tone of the series, then have the cover of each volume expand on that moment. As if each cover was a visual interstitial for the series.

I had to create the initial illustration of Devi herself which I was going to use in the following two volumes. This was a combination of finding the right face, illustrating the armor and tech Devi uses in the books in a cool way, and bring that together in a badass way.

Once her portrait was done, the next phase as putting the face in the a couple contexts to give more depth to her character. I love idea or her floating I space with that jaded look on her face. As if the reason she’s there is just one more thing she has to deal with before getting done what she needs to get done.

Here is a small gallery showing the various stages of the FORTUNE’S PAWN. 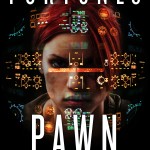 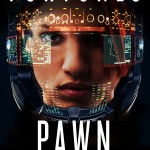 Introduction of the Helmet 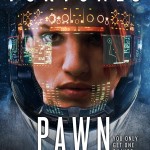 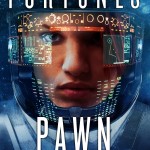 Here are the final covers for all three book in the Paradox Series! 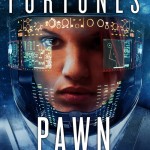 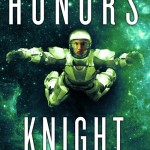 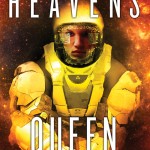