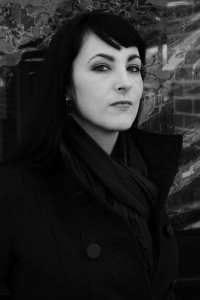 We are over the moon to announce a new novel called WAKE OF VULTURES. At its surface, it is a novel of a young girl who is awakened to the supernatural in the world around her and must start hunting monsters. But this novel is much more than that — and in a league of its own. WAKE OF VULTURES challenges conceptions of race, gender and humanity, yet remains completely engrossing and fast-paced. You will fall instantly in love with Nettie and will get lost in her world. WAKE OF VULTURES is a thought- and discussion-provoking novel — and one I hope you enjoy! We’ll be publishing in the UK and the US this October.

In case you wanted to know a bit more about the novel:

A rich, dark fantasy of destiny, death, and the supernatural world hiding beneath the surface.

Nettie Lonesome lives in a land of hard people and hard ground dusted with sand. She’s a half-breed who dresses like a boy, raised by folks who don’t call her a slave but use her like one. She knows of nothing else. That is, until the day a stranger attacks her. When nothing, not even a sickle to the eye can stop him, Nettie stabs him through the heart with a chunk of wood, and he turns into black sand. And just like that, Nettie can see. But her newfound sight is a blessing and a curse. Even if she doesn’t understand what’s under her own skin, she can sense what everyone else is hiding—at least physically. The world is full of evil, and now she knows the source of all the sand in the desert. Haunted by the spirits, Nettie has no choice but to set out on a quest that might lead her to her true kin… if the monsters along the way don’t kill her first.

So I’ll let you in on a secret — the author is Lila Bowen, but you might be more familiar with her real name, Delilah Dawson. And I think she’s at the top of her game with this one.

But want more? Don’t trust the editor (I know! I wouldn’t either!) How about these guys? Some early reviews are in for this awesome new hardcover:

“I don’t care what else you’ve seen in the bookstore today. Buy this book because it’s the thrilling, delightfully written, and important one you’ve always wanted to read.”
— Kevin Hearne

“Sharp as a silver Bowie and unsentimental as a stray bullet, Lila Bowen’s Nettie Lonesome earns a place among the legends of the Weird West.”
— Matthew Stover

“WAKE OF VULTURES doesn’t just fly — it soars. Delilah S. Dawson brings in a wild fantasy quite unlike anything I’ve ever read, with a voice that’s weird and wonderful. Dawson is truly a talent to watch. Hot damn, is this book good.”
— Chuck Wendig