Yesterday, Barnes & Noble’s Sci-Fi & Fantasy blog released the cover of ROADSIDE MAGIC by Lilith Saintcrow, which will be out in January 2016. This is this second novel in the Robin and Gallow series by Lilith Saintcrow in which the faery world inhabits diners, dive bars and trailer parks. If you were fan of the first novel, Trailer Park Fae, we know you’ll be blown away by this one! ROADSIDE MAGIC (US | UK | AUS) was designed by Lauren Panepinto with art by Dos Santos. 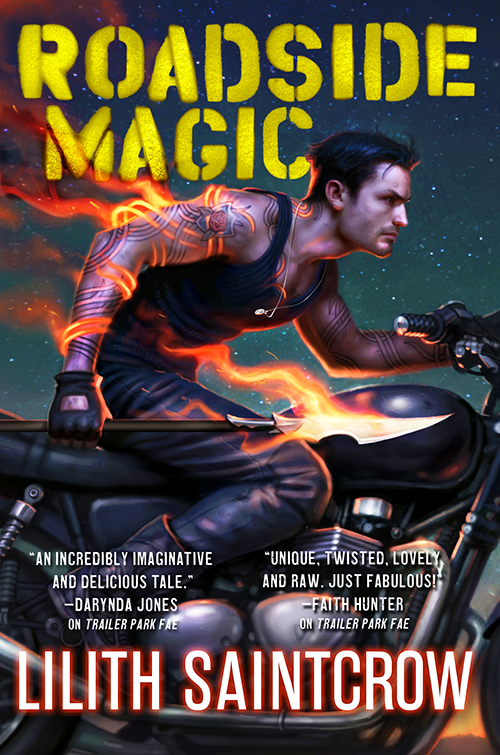 Robin Ragged has revenge to wreak and redemption to steal. As for Jeremiah Gallow, the poison in his wound is slowly killing him, while old friends turn traitor and long-lost enemies return to haunt him.

In the dive bars and trailer parks, the sidhe are hunting. War looms, and on a rooftop in the heart of the city, the most dangerous sidhe of all is given new life. This new hunter has only one thought: Where is the Ragged? 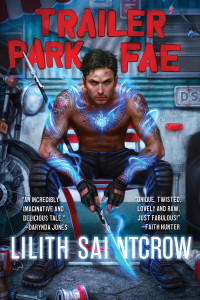 “Creepy and heroic by turns. I could not put it down.” — Patricia Briggs