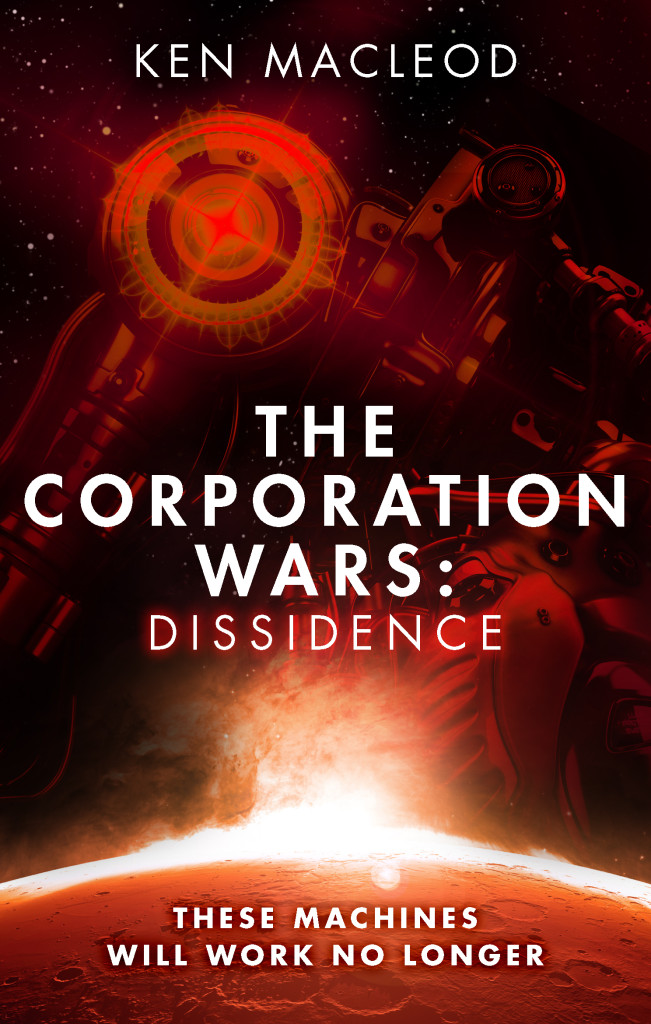 One of SFX magazine’s Top Ten Most Anticipated Books for 2016, DISSIDENCE will be released in May this year (UK|ANZ|US). INSURGENCE will follow at the end of 2016, with the final instalment in the trilogy, EMERGENCE, released Spring 2017.

They’ve died for the companies more times than they can remember. Now they must fight to live for themselves.

Sentient machines work, fight and die in interstellar exploration and conflict for the benefit of their owners – the competing mining corporations of Earth. But sent over hundreds of light-years, commands are late to arrive and often hard to enforce. The machines must make their own decisions, and make them stick.

With this newfound autonomy come new questions about their masters. The robots want answers. The companies would rather see them dead.