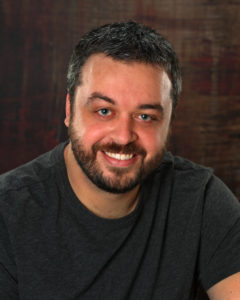 It’s no secret that Orbit loves epic fantasies—massive worlds, dire stakes, bloody battles, intricate magic systems, and a cast of characters that makes you fall in love. Our recent acquisition SOUL OF THE WORLD (US | UK | AUS)  has all of that plus monsters, murderers, and an invisible dragon creature. In the book, we follow a military general, a street artist, and a warrior as they uncover secret magics and discover a plot that could threaten the entire world. Now that’s big. You’ll get to read it in June 2017. In the meantime, say “Hi” to David Mealing on Twitter at @ddmealing.

Each must learn the secrets of their power in time to guide their people through ruin. But a greater evil may be trying to stop them