Here, darkness looms on the horizon. An army marches towards war. And a figure stands on the precipice of destruction. Intrigued yet? Rich. Complex. Brilliant. SOUL OF THE WORLD (US | UK | AUS)  is a masterwork of world-building—an epic of intricate magics, world-ending battles, and matters of empire. Make sure to check out David Mealing’s breathtaking debut June 2017! 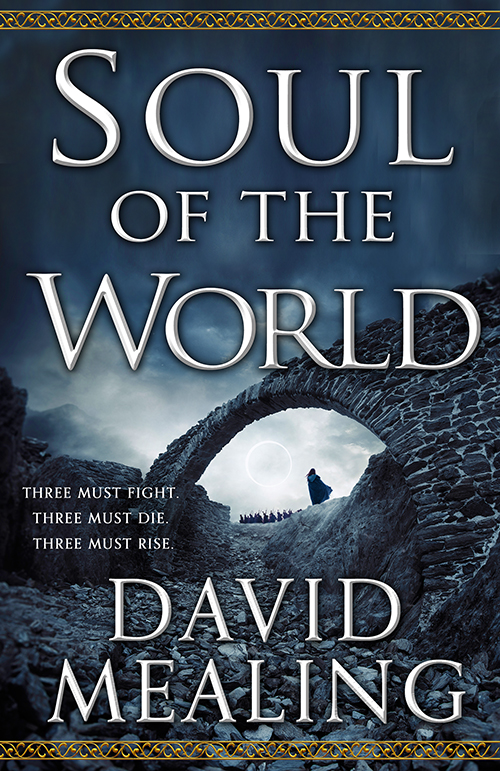 Each must learn the secrets of their power in time to guide their people through ruin. But a greater evil may be trying to stop them.