We’re really excited about Angus Watson’s action-packed new series, which is set to explode onto the fantasy scene in June with YOU DIE WHEN YOU DIE. In fact, we’re so excited that we’ve gone and designed the cover for the second book before the first is even out! So here it is: the fantastic cover for THE LAND YOU NEVER LEAVE, courtesy of artist Larry Rostant and our in-house designer Ceara Elliott!

Angus’s new series follows the story of Finn, a young warrior whose settlement is razed by invaders. Cast adrift on a strange new continent, Finn must undertake a perilous journey, battling monsters and hostile clans while assassins snap at his heels. The good news is that he’s not alone on this adventure. The bad news is that some of his companions pose just as much danger to him as the unknown landscape . . . 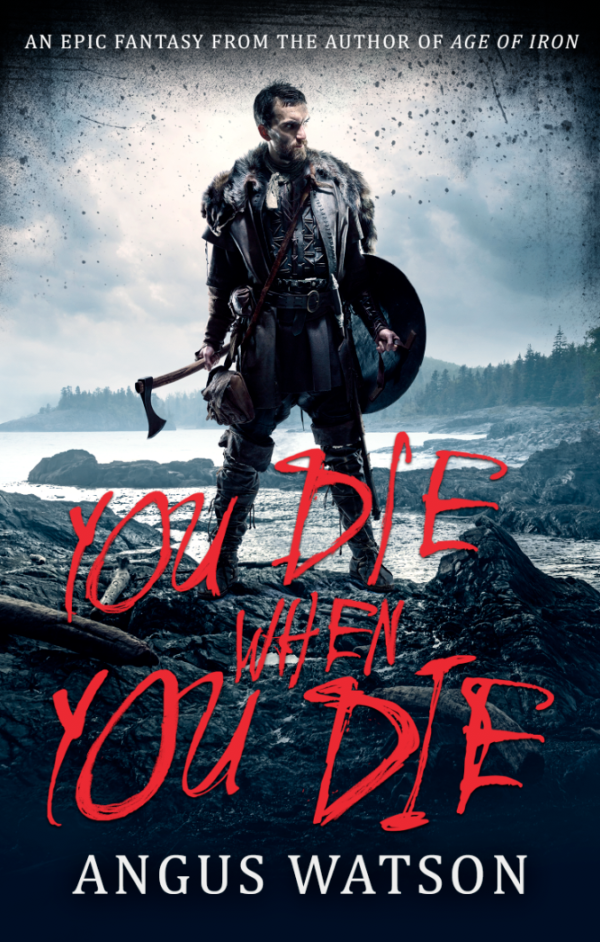 ‘Would I read the next one? Yes, absolutely. Bring me my hammer, bring my beer, bring it on!’ – SF CROWSNEST

‘Watson’s tale is gore-soaked and profanity-laden – full of visceral combat and earthy humour, and laced with subtle magic’ – PUBLISHERS WEEKLY