Orbit is looking for a Senior Editor to join our team in New York!  Details and application instructions are available on the Hachette Book Group business portal.

We’re looking for a Marketing and Publicity Associate to join our US team in New York. Visit the HBG job board for details! 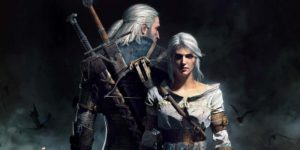 The second volume of Michael J. Sullivan’s Riyria Chronicles is out today in paperback and ebook editions.

The Founding Fields writes: “Michael J. Sullivan’s The Rose and the Thorn manages to be even better than The Crown Tower, making this book, and the duology – one of my favourite reads of 2013.” And Reading Realms says “So far, all of Sullivan’s Riyria books have been very well paced, sword-and-sorcery style action with strong characters, making them fun and easy to read.  I would recommend them to any fan of fantasy, new or veteran, young or old.”

You can read an interview with Michael about this prequel series at Fantasy Book Critic.

And check out the first chapter right here!

RED COUNTRY by Joe Abercrombie is a New York Times bestseller for the week of 12/02/2012, debuting on the hardcover list at number 27!

Congratulations to Joe from all of us at Orbit US!

If you haven’t got your copy yet, you can read a sample right here. Then get thee to a bookstore and make it a Red Thanksgiving! 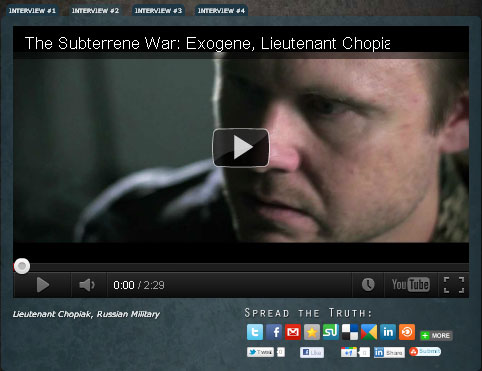 The Subterrene War is a war fought in the future, in cen­tral Asia, between the U.S. and Russia over min­eral rights for some very rare earth met­als that are cru­cial to the build­ing of high-​​powered technology.

We have a new weapon in this war, often fought under­ground and in mines (hence the name): germline units. Amer­i­can cit­i­zens know very lit­tle about these weapons–only that they are being used. The gov­ern­ment assures us they are not “peo­ple.” But germline units have all the appear­ances of young girls, and are raised into their teens in vats, then sent forth onto the bat­tle­field with pre­pro­grammed notions of death and honor.

In the Subterrene War Clips, a small doc­u­men­tary crew was able to gain access to indi­vid­ual inter­views to the rear-​​area. The gov­ern­ment sub­se­quently heav­ily cen­sored their work, and lit­tle of it was seen; until now.

A small group of activists were able to recover four clips from these inter­views, and they reveal some star­tling truths about the state of the War.

Watch the clips at www.subterrenewar.com

Praise for EXOGENE:
“… a rumination on identity and faith, anchored by a protagonist who brings surprising and moving depths to familiar science-fiction concepts.”
— Kirkus (starred review)

“… a stark and wrenching sequel to Germline… the conclusion is simultaneously heartbreaking and triumphant, and utterly appropriate for the brutal, bloody, and magnificent story.”
— Publishers Weekly (starred review) 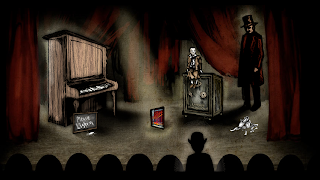 Shirley Jackson Award-winner Robert Jackson Bennett’s new novel THE TROUPE (US | UK | AUS)–  a tale of Gothic intrigue set during the Vaudeville era — is coming in February 2012. But to whet your appetite the author has launched an evocative new website about the book. Visit www.silenustroupe.com for a sneak peek, and be sure to have your speakers on!

The Goodreads 2011 Choice Awards are open for voting!   The first round includes THE HEROES by Joe Abercrombie, GHOST STORY by Jim Butcher, THE ROGUE by Trudi Canavan, LEVIATHAN WAKES by James S.A. Corey, DEADLINE by Mira Grant,  EAT SLAY LOVE by Jesse Petersen, and RULE 34 by Charlie Stross.

And if your favorite didn’t make the list, don’t worry! You can still write in nominees — so visit goodreads and vote already!

Gail Z. Martin is hosting her annual Days of the Dead blog tour, and she’s kicking it off with  giveaways, special interviews, downloadable treats and news.  She’s also sharing four different excerpts from her upcoming book, THE DREAD, which is now available for pre-order.  Here’s excerpt #1 of four—enjoy!

If you’re new to The Fallen Kings Cycle you can dive in with THE SWORN, which is out now. Enter below for a chance to win a copy — we’ll pick three winners on Friday!

Orbit US is gearing up again for New York Comic Con! Stop by our booth #939 to say hi, and pick up buttons, books, posters and more.   Check out the schedule after the jump! END_OF_DOCUMENT_TOKEN_TO_BE_REPLACED