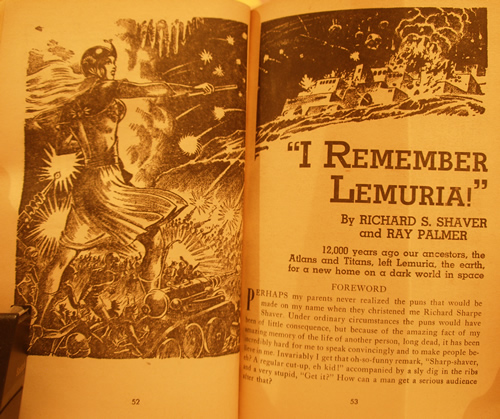 There’s a Hugo and a Campbell, but not a Palmer. Here’s why.

Like many of his contemporaries, Ray Palmer, Amazing Stories editor from 1938 to 1949, preferred science fiction fast, frenzied, and fact-free. So it was surprising when in 1944 he published a long letter from Richard Shaver, who detailed humanity’s struggle against the Dero (proboscidean, blood-slurping, cavern-dwelling, partial to blondes) since the days of the lost continent of Lemuria. The voices in his head, Shaver wrote, never ran out of things to tell him.

For several years Amazing was a font of information concerning the Shaver Mystery, and little else. Sales rocketed, Palmer claimed, boasting of having attracted an audience from far beyond the field. When confronted by traditionalists for publishing such ridiculous material in a science fiction magazine, he relied on a now-standard argument: can you prove it didn’t happen? 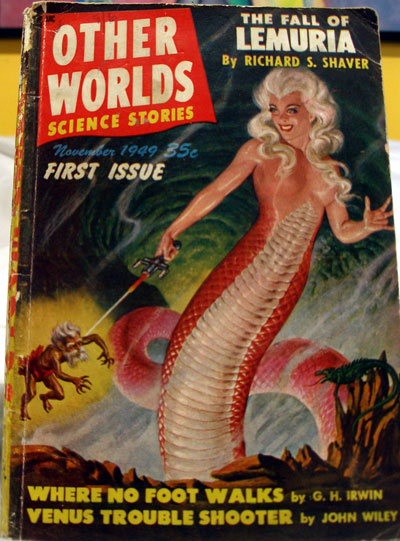 Palmer, meanwhile, was not only starting up his own magazine, Other Worlds (providing Ziff-Davis, Amazing’s publisher, a useful reason to give him the boot); he’d also lent his impressive publicity skills to another subject clearly needing his attention — those discs people were seeing in the sky, out west. Other Worlds soon became Flying Saucers From Other Worlds. 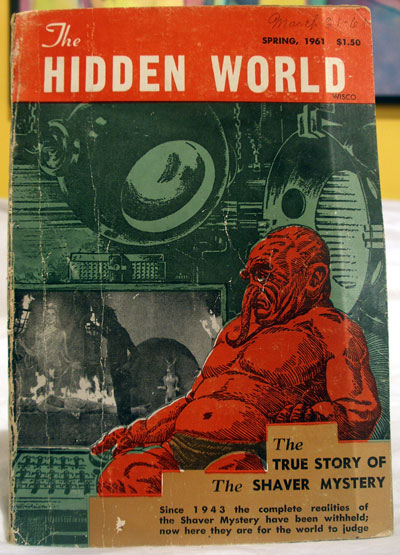 In 1961 — post- saucer, pre-New Wave — Palmer, nearing retirement but never one to let opportunity slip away, disinterred the old horse for one last good walloping, reprinting Shaver’s stories along with value-added material (i.e. readers’ tales of battling Dero in various caves, basements, rumpus rooms etc.). Judging from the published magazines, Palmer decided to go with slightly subtler covers after the first issues stiffed, no doubt hoping once more to attract a different sort of reader. 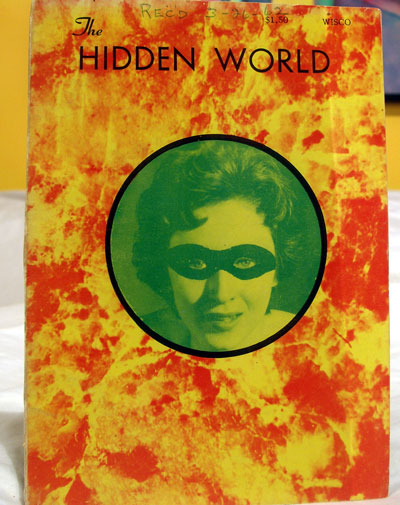 Possibly, he did. But not for long.