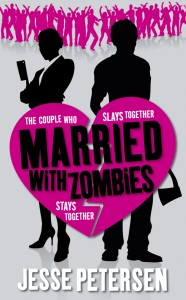 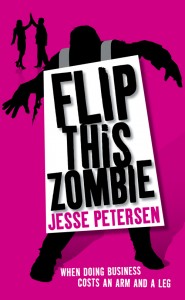 Cover design for the Fall 2010 – Winter 2011 is progressing feverishly, but I have an early launch for you guys. Well, actually, editor Devi kind of already leaked the first Zombie Therapy book by Jesse Petersen, but here I have the first TWO covers in the series for you to feast your eyes on! (Get it, “feast”? I know, Groan. Sorry.)

As usual I read a bunch of the first book before I started designing, and Married With Zombies is hilarious. Think Shaun of the Dead for zombie humor, plus a really good snarky madcap romantic comedy. I’m not a big chick lit/romantic comedy gal myself, and I still thought the story was great fun and very fast moving – both in adventure and sarcastic comebacks. So don’t let the pink scare you away, trust me.

And speaking of pink, these covers are going to be even more awesome in person because the pink will be a vibrant spot color magenta, and the gray is actually going to be metallic silver. Yes yes, I know, silver is for killing werewolves, not zombies, but still, they’re going to be really great looking on the shelves.

I don’t need to post a description here since Devi just did, but here are the covers again full-size: 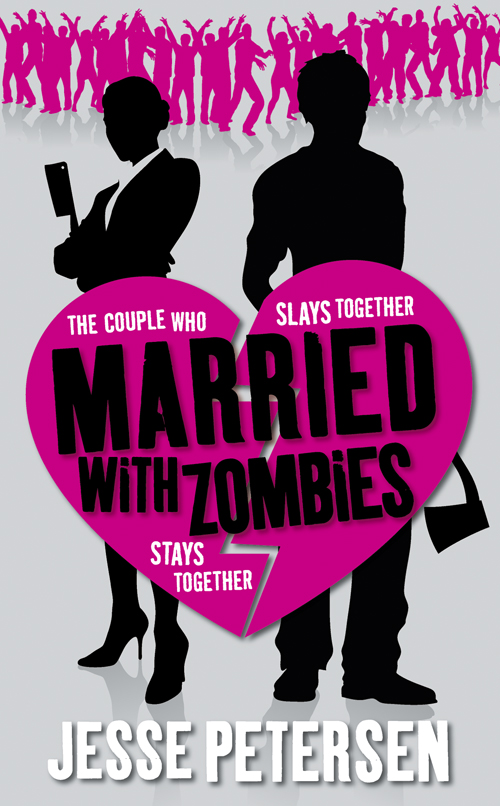 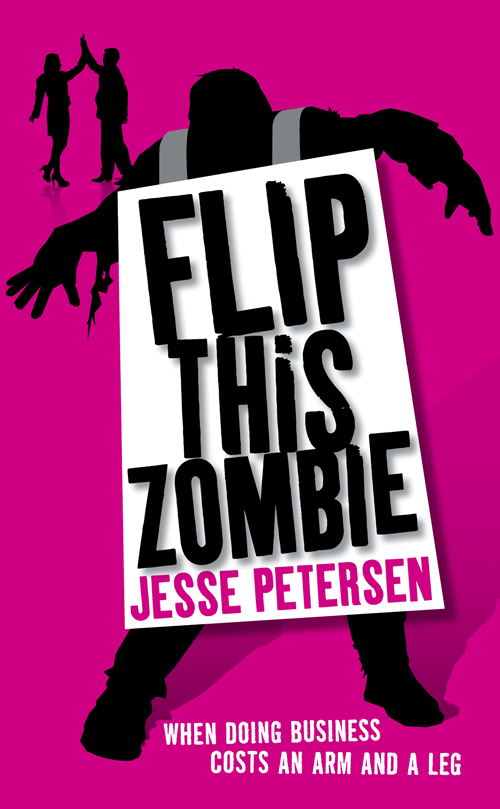 And don’t miss the ZOMBIE VALENTINES i whipped up here. Send em to all your facebook sweethearts!