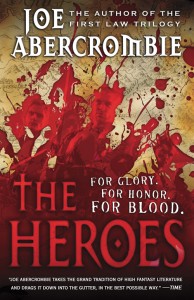 And you thought we couldn’t get any bloodier than Best Served Cold? Here to prove you wrong is the cover of The Heroes, by Joe Abercrombie. It’s a standalone story, which is great for readers who haven’t read Joe Abercrombie before, but it’s set in the same world as The First Law Trilogy and Best Served Cold, and fans of those books will definitely be recognizing returning characters.

This is the hardcover version, so we’re keeping the general style of the somewhat controversial Best Served Cold hardcover, then we’ll be repackaging for mass market paperback with the graphic Best Served Cold mass market style. Just a quick note: the map in the background is not final, it’s the one I stole as a placeholder from BSC, until the artist finishes the new map. Steve Stone, an Orbit Books favorite, was responsible for the image reflected in the, um, gore. I’ll repost the cover with the new map when it’s finished, but this one was drawn by Dave Senior. (Yours truly was responsible for the agonizing blood photoshopping.)

Here’s a teaser, to make all you Abercrombie fans writhe in anticipation:

War: where the blood and dirt of the battlefield hide the dark deeds committed in the name of glory.  THE HEROES is about violence and ambition, gruesome deaths and betrayals; and the brutal truth that no plan survives contact with enemy. The characters are the stars, as ever, and the message is dark: when it comes to war, there are no heroes…

Curnden Craw: a ruthless fighter who wants nothing more than to see his crew survive.

Prince Calder: a liar and a coward, he will regain his crown by any means necessary.

Bremer dan Gorst: a master swordsman, a failed bodyguard, his honor will be restored—in the blood of his enemies.

Over three days, their fates will be sealed.

Here’s the cover fullsize along with the Best Served Cold hardcover: 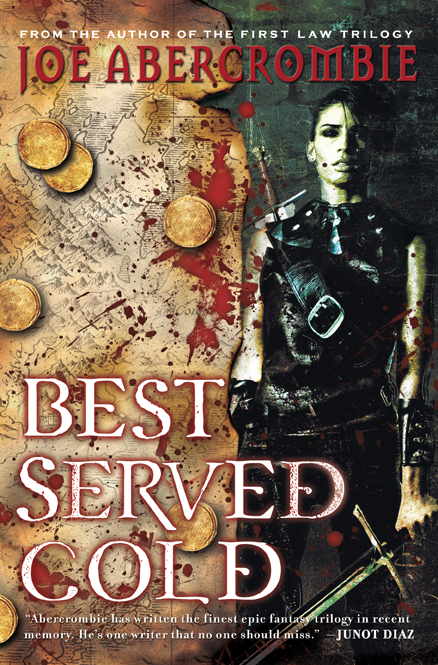 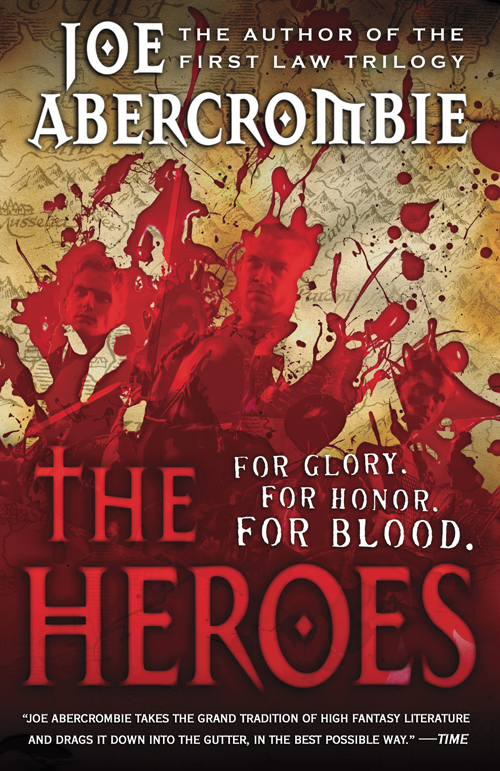