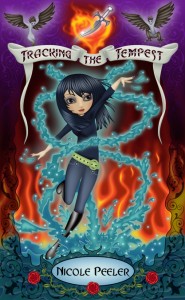 I’m thrilled beyond belief that Orbit has asked me to finish Jane True’s story with books four, five, and six. Unfortunately, that’s exactly what I call my next three books: four, five, and six. For, while using the word “tempest” seemed like a GREAT idea at the time, I have run out of “tempest” titles. I know something will occur to me or to one of the dozens of people I have working on this problem, but in the meantime I’m having fun playing with the most inappropriate titles possible. Here’s a short list of the top five worst titles I’ve come up with (so far):

Can y’all do even worse?