This weekend, I received some lovely letters and messages on Twitter and Facebook. It’s almost impossible for me to express how much these interactions mean for authors like me. I feel very disconnected, sometimes, from my life as a writer. So to see that people are not only reading my books, but really connecting with the issues they contain and really connecting with my characters means the world to me.

But that’s not all I got this weekend. I also received what I think is an ultimate compliment both to Jane, to Sharon Tancredi’s amazing art, and to Orbit for having the chutzpah to take such big risks. I received evidence of my first Jane True inspired tattoo, from a lovely lady in America. Here’s a picture: 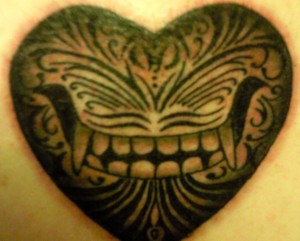 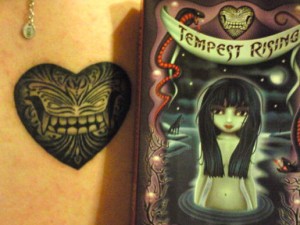 It looks awesome, doesn’t it! Pretty, yet hard core at the same time. I’d buy a drink for a lady with a tattoo like that. Since posting about this tattoo, I’ve gotten word that plans for other tats are afoot. And that makes me smile.

Are my Jane True books ever going to win an award? Probably not. Will they make a list? Probably not. But with fans like these, who cares. I’m pretty confident they’d have my back in a bar fight. And that’s more than good enough for me.