We are exceptionally proud to present the covers for an explosive trilogy of near-future thrillers that will be storming onto the scene next year. Equations of Life, Theories of Flight and Degrees Freedom make up this bold, fast-paced and highly intelligent new series that is a real breath of fresh air. It’s unlike anything else on the market at the moment and we wanted a striking new cover style that would convey that very fact – so here they are for your viewing pleasure.

Simon Morden has impeccable SF credentials, having edited the BSFA’s Focus magazine and served as a judge for the Arthur C. Clarke Award. He’s also a bona fide rocket scientist, having degrees in geology and planetary geophysics . . . so we were obviously expecting great things! I’m very glad to say that when we first read his series we were all astonishingly impressed – totally blown away. And since we don’t think you should have to wait for the future, we’ve decided to publish three books in three months – April, May and June 2011.

Set in the overcrowded, decaying urban jungle of the London Metrozone, the series features Samuil Petrovitch – a foul-mouthed, selfish and anti-social Russian émigré who also happens to have a genius-level intellect. Going against his customary principle of ‘don’t get involved’, Petrovitch surprises himself one day by performing an uncharacteristically kind act – resulting in him being propelled into a world of rival gang lords, exiled yakuza, crooked cops, crazed prophets and gun-toting warrior nuns. What we loved about the series is that the break-neck pace is maintained from start to finish, without the writing faltering once in its remarkable intelligence and wit.

To give you a bit of background on the cover concept – we have taken advantage of some classic optical illusions, choosing images that speak to the role of Samuel Petrovitch as a physicist and mathematician. In the Equations of Life cover, the white and black centre seems to start breaking into other colours. The Theories of Flight cover plays with dimensionality and also plays off a model of space–time as Einstein theorized it. The Degrees of Freedom cover starts to break the maze-like design into cells and levels which, I think, really portrays the feeling of entrapment.

These online cover images truly don’t do the packages justice – each book has a single bright colour and in the printed version that will actually be a fluorescent ink. Spot gloss lamination and subtle embossing will heighten the effect of the illusions and make them very nice objects to pick up and stare at – they really draw you in when you see them in person. Here they are separately, and larger, to really start to mess with your eyes . . . Enjoy! 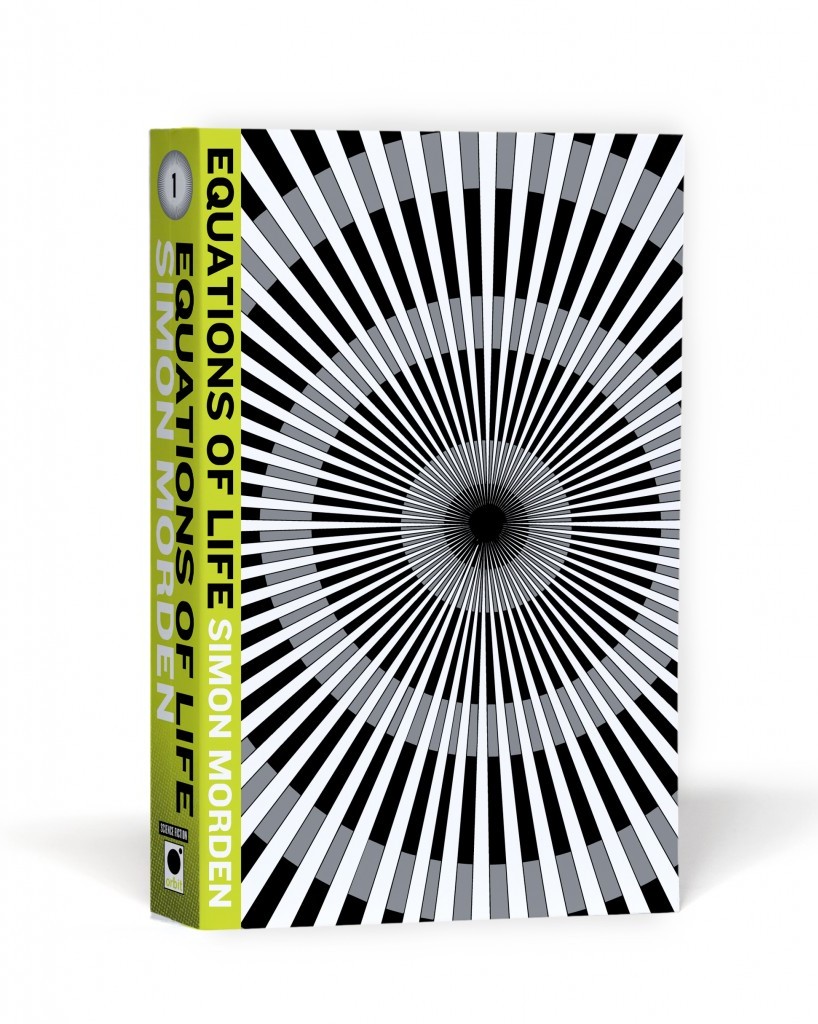 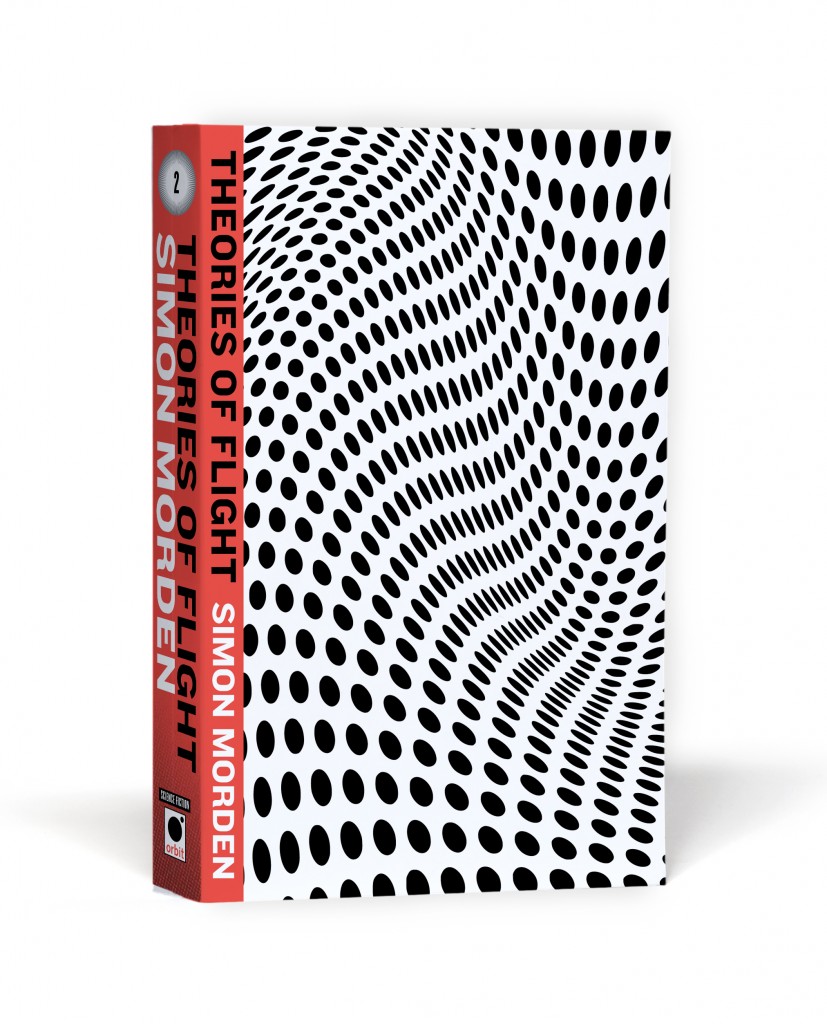 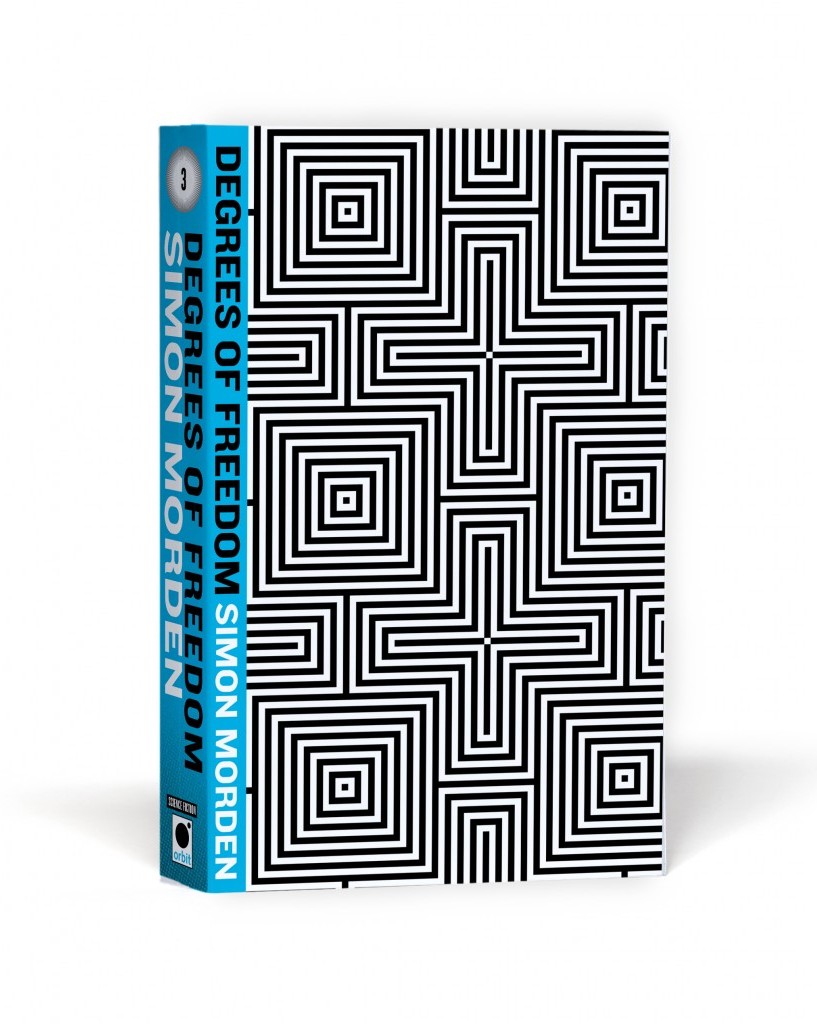 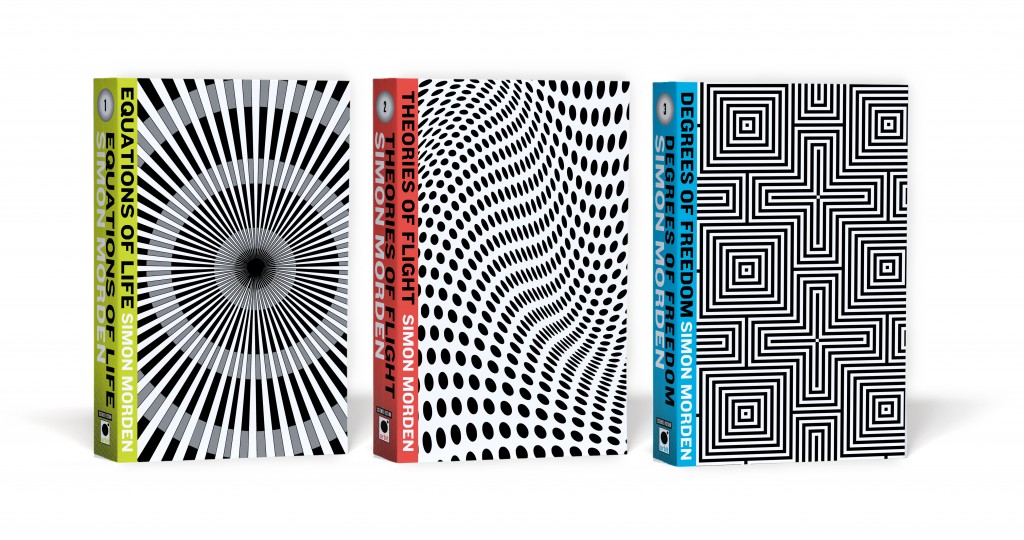