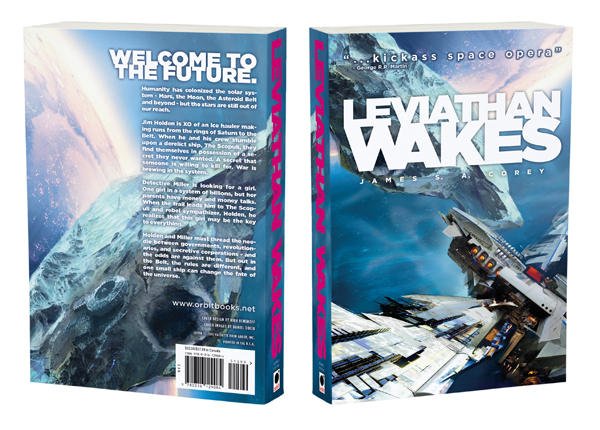 We wanted to take dramatic approach to the cover art. As the title insinuates, we wanted an environment that complimented its magnitude. Something that would suck you in and make you scream, “EPIC!”. We chose Daniel Dociu because his concept work brings that cinematic look we needed, and that’s exactly what we got with his breathtaking art. 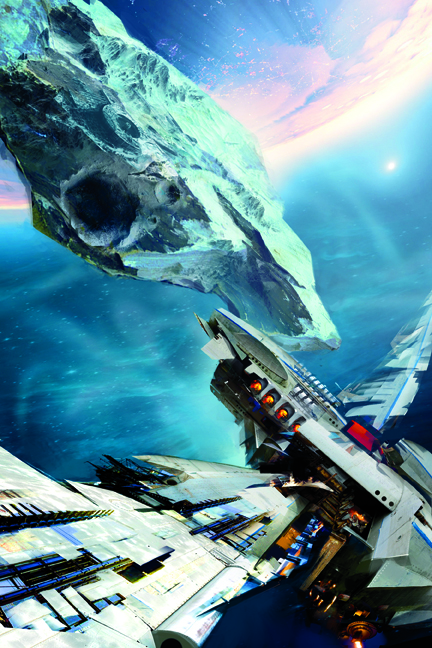 It goes without saying, Daniel went above and beyond. The sense of scale is mind blowing and the amount of detail is astounding. The art is sophisticated yet, to put it mildly, badass. Everyone here had to pick up their jaw from the floor when the art arrived. I fell in love with the art so much, I didn’t want it confined to a 6″ x 9.25″ space only on the front of the book. I wanted to milk it, so we decided to do a wraparound cover.

The typography was the last hurdle on this project. I needed something bold and eye-catching, so we went with a font that evokes old-school space fun, and made it magenta on the spine to give it some extra pop.

In the end, I couldn’t be happier with our result. Every time I look at it, I scream “EPIC!” at the top of my lungs, to the chagrin of my colleagues.  I hope you’ll scream when you see it in bookstores as well.

And as a bonus, we’ve already created wallpapers for this awesome cover art. Usually we wait for the publication date for wallpapers, but we want these on our own devices now, so we figured we’d share. Enjoy!

Here’s a description for you:

Welcome to the future. Humanity has colonized the solar system – Mars, the Moon, the Asteroid Belt and beyond – but the stars are still out of our reach.

Jim Holden is XO of an ice hauler making runs from the rings of Saturn to the Belt. When he and his crew stumble upon a derelict ship, The Scopuli, they find themselves in possession of a secret they never wanted. A secret that someone is willing to kill for. War is brewing in the system.

Detective Miller is looking for a girl. One girl in a system of billions, but her parents have money and money talks. When the trail leads him to The Scopuli and rebel sympathizer, Holden, he realizes that this girl may be the key to everything.

Holden and Miller must thread the needle between governments, revolutionaries, and secretive corporations – and the odds are against them. But out in the Belt, the rules are different, and one small ship can change the fate of the universe.