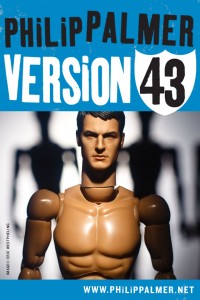 I am, I confess it here, a genre slut; I have loved many genres, and though I currently spend most of my days in the fabulous and exotic terrain of science fiction and fantasy fiction, I still occasionally sneak out and enter other genres.

Romance, for instance. I don’t claim to be well-read in the romance genre, but I will admit to having indulged, from time to time, in a passion for passion. The main object of my affection was Maeve Binchy – who writes Irish feel-good sagas about community life with lashings of romantic cliches. And who is also, by the way, one of the greatest storytellers of our age, up there with Stephen King. I’ve also read the Welsh novels of Iris Gower, the Regency romances of Georgette Heyer and the superbly evocative tales of Catherine Cookson, the great mistress of grit-lit plus, well, quite a few others that were dreadful but I enjoyed them anyway.

Crime was once my profession (as a writer and script editor for TV crime dramas) and also my hobby. I love bleak noir, locked room mysteries, nostalgic period detective stories, and modern police procedurals. My favourite crime writers are Dashiell Hammett, Raymond Chandler, Rex Stout, Carl Hiaasen, Donald E. Westlake AND Richard Stark…and many more. Crime is a great genre; it gives us a chance to wallow in evil and still feel good about ourselves. Nowadays, I haven’t the time to read much new crime fiction (apart from the excellent Stieg Larssons) but evil-wallowing continues to be my favourite pastime, expressed in, ahem, other ways.

I also love thrillers – I see Gerald Seymour on my shelf up there – Ken Follett is a favourite of mine – I’ve read virtually every Wilbur Smith ever written, I’ve worked my way through John Grisham and Frederick Forstyth, and still have a fond spot for the thrillers of yore like the tales of Edgar Wallace and John Buchan’s great epic Richard Hannay tales (of which The Thirty-Nine Steps is the first but not the best.)

Oh and Westerns! Don’t get me started on Westerns. Though there my passion was for a single author – Louis L’Amour – who wrote Shalako, Heller with a Gun, Hondo, The First Fast Draw, and many more, all of which I’ve read. Larry McMurtry is great – but he really can’t compare.

Some of this diversity of reading experience came about as a result of a period when I was working full time reading scripts but also novels for film companies – which meant I’d be paid to write coverage on every novel by a given author, in a multiplicity of popular genres. That’s how I got through the Wilbur Smiths, which otherwise I might have sniffed at. I read the Georgette Heyers when looking for projects for a TV company; the same with the Maeve Binchys. But having read them, I came to adore them.

This may be one reason why I’m such a fun of the genre-mashup – mixing up varied genres in one great big simmering pot. My view is, since all these genres are so great, it seems a shame not to use them ALL. So my recent novel Version 43 for instance is a blend of noir (the Dashiell Hammett influence), SF, fantasy (yes, there’s some magic in it), gladiator epic ( you have to read it to know why), horror (it’s VERY yucky) and, yes I would truly argue this, Romance. Indeed, I”d go so far as to argue that all my novels to date are romances: guy meets girl, they don’t get on so well, violent shit ensues around them, and reluctant love slowly blooms. Hey, just because I kill hundreds if not millions of characters in every novel, doesn’t mean I’m not a great big soppy romantic!

The one glaring exception to this rule is Hell Ship, which comes out next year, and which DOESN’T have a Boy Meets Girl structure. Instead, it’s the story of Tentacled Alien Meets Fire-Breathing Alien, they don’t get on so well, violent shit ensues around them, and reluctant love slowly blooms. I mean, what could be more romantic than that?

The influence of the romance genre on the science fiction and fantasy genres is worthy of a thesis in itself. Among my favourite pulp novels of all time are Edgar Rice Burroughs’ Barsoom novels – the tales of John Carter of Mars – which are shamelessly influenced by the romance genre, with a muscular manly hero constantly rescuing damsels, Misunderstandings Getting In the Way of True Love, and so forth. The books in short shamelessly and brilliantly adopt and adapt the Mills & Boone romance tropes within the SF genre (in Synthetic Men of Mars, for instance, Boy Meets Girl; Boy has his Brain Surgically Inserted into the Body of a Green Alien; Girl falls in Love With Him Anyway. Aaaahhhh!!!) And the paranormal romance strand in urban fantasy has become a major subgenre in its own right; perhaps controversially for some readers, though not for me. (Surely, EVERY popular novel should have a romance? Or am I just – um – embarassing myself here?)

One thing that fascinates me is how easily these different genres do come together, and become entangled to form something fresh-yet-familar. SF noir – the chimaerical union of Raymond Chandler and Isaac Asimov – is a huge and popular subgenre; and fantasy and science fiction traditions are often intermingled in both classic and recent SFF (as in Peter F. Hamilton’s audiacious Dreaming Void novels, which blend future science in one story strand, with psychic powers in a medieval type fantasy universe in a second strand.) And Joss Whedon’s Buffy the Vampire Slayer seamlessly merges the horror tradition with the high school movie genre tradition; then mixes in screwball comedy; and in that one memorable episode, mashes it all up with the unlikely genre of Musical.

There are of course some eye-catching mashup combinations around at the moment – zombie novel meets Jane Austen for instance – as well as the less obvious examples of the merging of different narrative and genre traditions I mention above. And there’s no doubt this approach doesn’t suit everyone; author Scott Westerfeld, for instance, has argued that some genre mashups cannot EVER work – for instance, a driver’s ed manual with an unreliable narrator (!)

But my belief is that Genre-Mashup is fast becoming a genre in itself. In fact, damn it all, stealing here from the the comic books, I would go one step further still and describe it as the Mashup Super-Genre. To truly savour and wallow in the Mashup Super-Genre approach, though, I guess you have to like ALL the genres in the mix.

You have to be, as I am in fact, a total genre slut.