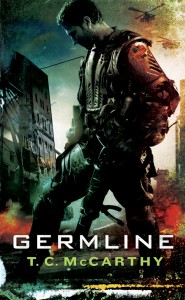 Here’s a fresh new cover launch for everyone this gloomy Monday. For your viewing pleasure, I give you GERMLINE by T. C. McCarthy. It’s a story about a journalist in the vein of Hunter S. Thompson who is embedded with a group of US soldiers in a near-future war. It’s a fabulous look at what a war in the future could be like, but the perspective of the character we see it all thru keeps it really grounded and human. It reminded me simultaneously of The Forever War by Joe Haldeman, Starship Troopers by Robert A. Heinlein, and the Transmetropolitan comics written by Warren Ellis. The author has experience in the CIA and works in biotechnology, so the books are amazingly well-informed, and plausible.

What’s also cool is we just finished the cover for Book 2 (no, I can’t show you yet) and the story is awesome. This is definitely going to be a series to keep up with. Each book is going to be told from the perspective of a different person in the war.

Anyway, back to the art! Steve Stone did the photoillustration and I just love the tone and texture. It definitely says military, definitely says future-but-not-too-far, and it really captures that there’s more going on under the surface here. I love the textures Steve worked in.

War is Oscar Wendell’s ticket to greatness. A reporter for Stars and Stripes, he has the only one way pass to the front lines of a brutal war over natural resources buried underneath the icy, mineral rich mountains of Kazakhstan.

But war is nothing like he expected. The genetics—the germline soldiers—battle heavily armed soldiers hundreds of meters below the surface. Fast, strong, lethal, and totally devoted to the cause, they are the key to winning this war.

The genetics are more than simple weapons, though, and playing with the human genome has consequences. Some inventions can’t be un-done. Some technologies can’t be put back in the box. 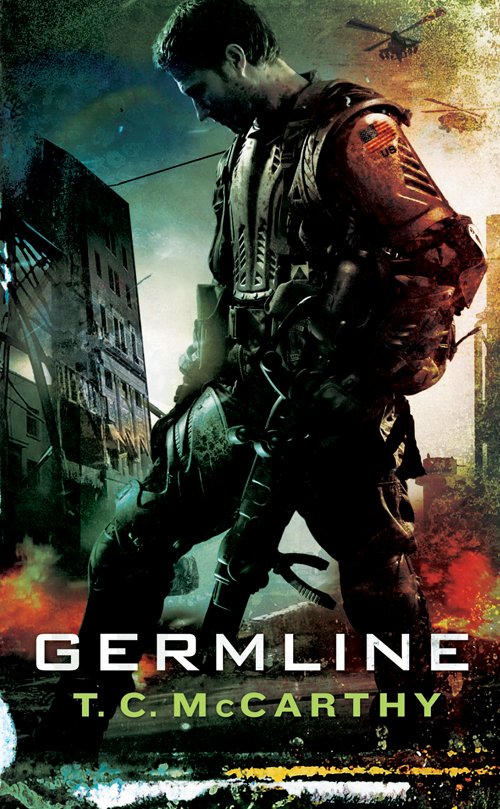