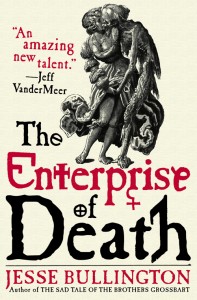 Perhaps the best approach, then, is to do as I have done and open with an overly convoluted and essentially imperfect metaphor for the problem—the encryption of meaning in complex symbolism that references the historical, the mythological, or the biblical is, after all, an essential part of the European alchemical tradition. How else to accurately pass along your wisdom without it being exploited by the unworthy?

Alchemy is, by way of a clumsy definition, one of countless methods of pursuing knowledge through applied thought and experimentation. Exactly what sort of knowledge is sought and what sort of experimentation is applied in the seeking varies wildly from place to place, time to time, alchemist to alchemist, and even day to day for those involved in the search, but whatever the alchemist is searching for, the layperson probably wouldn’t understand it anyway (am I right guys? *high fives Agrippa*). Immortality, the transmutation of base matter (often lead or silver) into gold, and enlightenment are the most instantly recognizable goals of the alchemist, and it’s certainly true that these appear quite a bit in the writing and imagery, often wrapped up in one another on both literal and symbolic levels. The Philosopher’s Stone, in addition to doing whatever it did for H.P. (and J.K.’s bank account), could provide all of the above and so much more; small wonder it was so fiercely sought after.

Harder to pin down are the internal transmutations attempted and, according to some, realized by the alchemists—the alchemical marriage of the intellect and the soul. Complicating the discussion further is the question of whether many of the proposed processes and physical ingredients the alchemists speak of, such as those for turning base metals into gold, were the same mundane materials and methods that we recognize today, or if these were in turn coded, allegorical instructions for a spiritual and intellectual transformation. Most likely they were both, depending on the occasion and the alchemist.

The lines between science and magic, between honest discoveries and willful mummery, blur even further as soon as we enter actual alchemists into the equation, and enter them we must, for a discipline is nothing without students. Real figures like John Dee and fictional creations such as Dr. Faustus may capture the imagination and serve as ripe material for literary exploration, but what exactly any given alchemist truly believed is as unknowable as any other historical personage—more likely than not, the magus and the mountebank was the same individual as often as he was decidedly one or the other. Funding for research, as in modern day academia, might require bold claims and impressive results, and if at first one did not succeed than surely there was an intellectual duty to continue the research, even if the patron might become prematurely discouraged were the alchemist’s initial failures discovered.

Enter Paracelsus, quite possibly the quintessential European alchemist and a man of extraordinary reputation—none were so sure of his own genius as himself, but in his lifetime and even long after he convinced as many people of his importance as he did others of his absurdity and charlatanism. His life took him to great heights of fame and glory and terrible lows of infamy and scorn, and his contributions to our modern world range from the taxonomical, for he did so love coining new words and naming new discoveries, to the medicinal, for he was one of the first to reject Galenic medicine in a time when the humors were widely believed to govern human health. Granted, Paracelsus rejected Galen’s theory of humors in favor of one involving abstract notions of interstellar poisons affecting the body, but the good doctor’s hermetical belief that physical health was directly connected to an internal harmony of elements led to his experimenting with various chemical compounds to treat maladies—it’s believed that the wide-traveling Paracelsus is responsible for introducing laudanum to European medicine after seeing its use in the Middle East.

For all we know of the prolific Dr. Paracelsus, or to call him by his full name, Philippus Aureolus Theophrastus Bombastus von Hohenheim, the man behind the frequently self-contradictory writings and dubious legends remains a mystery as inscrutable as any alchemical riddle. He also plays a role in my novel The Enterprise of Death, which, considering it’s set during his lifetime, takes place in his stomping grounds, and features both witches and syphilis (two of his favorite subjects), was nigh unavoidable. As for the question of how he is portrayed in the book—as the mystical sage of his heroes, the buffoonish conman of his detractors, or something in between—those seeking illumination have all the tools before them to achieve enlightenment.