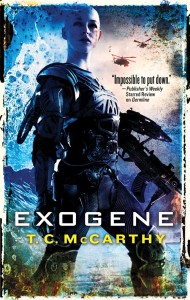 Mid-series covers are at the same time a relief and a challenge. On one hand you already have the general look and feel of the art established, so a lot of the trial and error is skipped. Unless something has gone terribly wrong you are usually commissioning art from the same artist, and they start working a lot closer to the target. The type style is usually set, and overall it’s kind of fun to be able to play within those constraints. However you also can’t play it too safe and end up with boring art, or at least, art that isn’t pushed to its full potential. Because sometimes, especially in the case of a new author, the second cover is even more important than the first—you want to really show this author is establishing a strong series and the world is something you want to be drawn into. I know a lot of people—in fact, I am married to one—that won’t start a series if just the first book is out. (For example, he’s recently got into Game of Thrones on HBO and was really interested in reading the books until he heard it wasn’t a completed series…and yes, these are the fights that go on in my house) Thus, it’s really important to make mid-series covers as awesome, if not MORE awesome, than the first cover.

This brings me to Exogene, the next book in T. C. McCarthy’s Subterrene War series (Germline is the first, which just came out and is getting great reviews). Steve Stone did a fabulous job on the Germline cover – it was the perfect tone – obviously military SF but the attitude tells you there is something deeper going on here. Of course, this makes the Exogene cover harder. For one, a female lead character which means you are immediately fighting certain clichés, and (I don’t want to give away anything here) she is a character full of contradictions. We wanted to capture her maybe right on the edge between blind belief and doubt. A soldier still heroic, but perhaps with just the slightest uncertainty beginning to show on her face. And add to that delicate proposition the fact that it’s a beautiful young woman who also happens to be bald. And then make her look like a convincing soldier. Not an easy task. But in my opinion, yet again, he nailed it.

After the jump, see the cover next to Germline and get a teaser…. 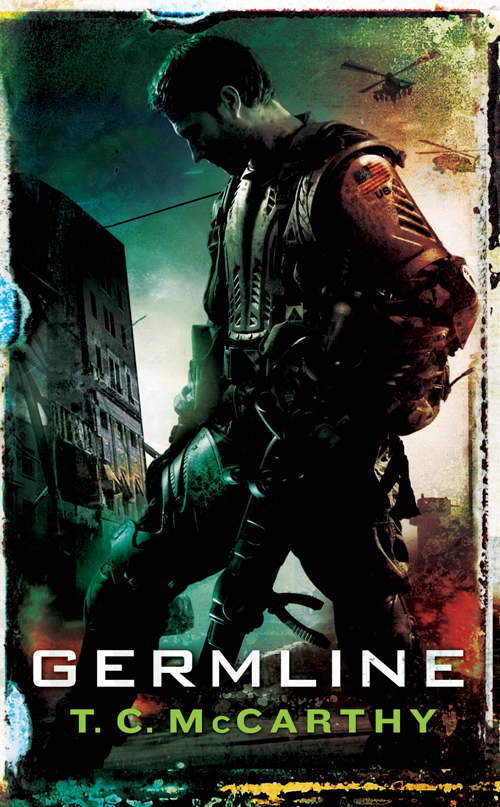 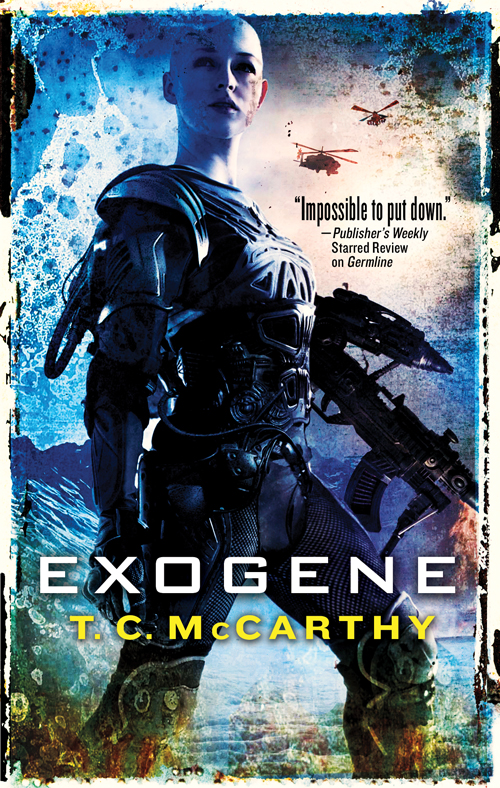 Exogene (n.): factor or agent (as a disease-producing organism) from outside the organism or system. Also: classified Russian program to merge proto-humanoids with powered armor systems (slang).

Catherine is a soldier. Fast, strong, lethal, she is the ultimate in military technology. A monster in the body of an eighteen year old girl. Bred by scientists, grown in vats, indoctrinated by the government, she and her sisters will win this war, no matter the cost.

And the costs are high. Their life span is short; as they age they become unstable and they undergo a process called the spoiling. On their eighteenth birthday they are discharged—lined up and shot like cattle.

But the truth is, Catherine and her sisters may not be strictly human, but they’re not animals. They can twist their genomes and teach them to follow the principles of Faith and Death, but they can’t shut off the voice inside that wants more than war. Catherine may have only known death, but she dreams of life and she will get it at any cost.