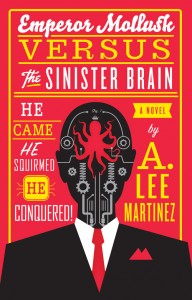 Like I was saying when I posted the Chasing the Moon wallpapers, I love that Will Staehle’s covers really work together to give the author a cohesive look and feel, but they work as the stand-alone stories they are. I thought Monster was my favorite…until this one came in. A squid riding a body with a suit and tie! I mean come on, that’s hilarious. And the squid has a crown. And the back cover art is pretty fab too, just wait and see. So here’s another great one, to look and and to read, for a tale of intergalactic politics and a galaxy-wide scourge…who just might be sick of keeping up his reputation.

And really, the best reading line i’ve put on a title in a long time. “He came, he squirmed, he conquered!” ha!

Here’s a teaser, and all A. Lee Martinez’s covers together after the jump…

Not bad for a guy without a spine.

But what’s a villain to do after he’s done . . . everything.  With no new ambitions, he’s happy to pitch in and solve the energy crisis or repel aliens invaders should the need arise, but if he had his way, he’d prefer to be left alone to explore the boundaries of dangerous science.  Just as a hobby, of course.

Retirement isn’t easy though.  If the boredom doesn’t get him, there’s always the Venusians.  Or the Saturnites.  Or the Mercurials.  Or . . . well, you get the idea.  If that wasn’t bad enough, there’s also the assassins of a legendary death cult and an up-and-coming megalomaniac (as brilliant as he is bodiless) who have marked Emperor for their own nefarious purposes.  But Mollusk isn’t about to let the Earth slip out of his own tentacles and into the less capable clutches of another.  So it’s time to dust off the old death ray and come out of retirement.  Except this time, he’s not out to rule the world.  He’s out to save it from the peril of THE SINISTER BRAIN!

A. Lee Martinez is back with another strange adventure–a comic tale of a conquering space squid, his pet ultrapede, and needlessly complicated fiendish plots. …… 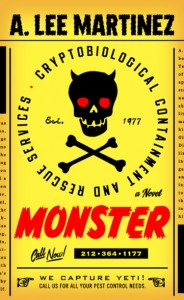 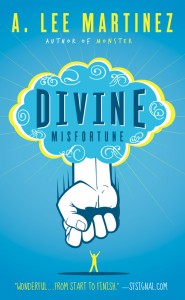 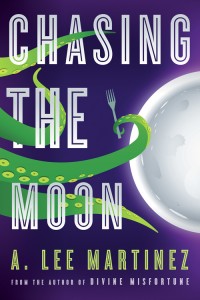 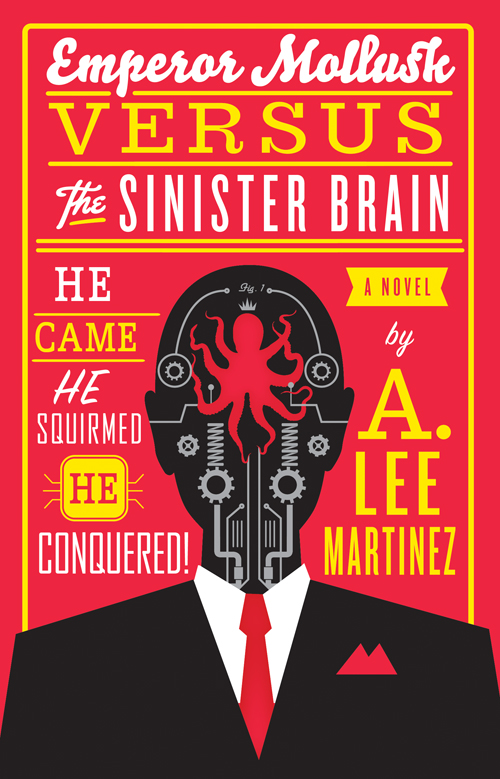