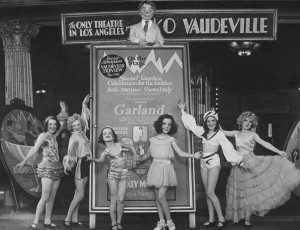 I’m going to level with you here: I kind of pulled the premise for my third novel out of my ass.

I can remember the moment quite clearly: it was late 2008, and I was driving down 15th street here in Austin, talking on the phone with my agent (yes, I was That Guy that day – for some reason most of my important publishing conversations happened to take place while driving back then). I was just in the finishing stages of signing my first contract with Orbit, and the subject of an “option” arose – an “option” being a fancy legal term for “first dibs,” in this case being first dibs on my third novel.

So this begged the question – did I have any ideas for a third novel?

I was completely new to the publishing world then (and I still am, pretty much), but I knew that I did not want to let any important publishing people down, and I definitely knew I didn’t want to look like a chump and say, “No, no, I have no ideas for a third novel, I am completely fresh out and you are all totally hosed and you should have never hitched your wagon to my star.” So, while sitting at a green light, I wondered what to say.

But the odd thing is, I did have an idea for a novel rattling around in my head.

I had read an article just that day about vaudeville. It had made the curious point that vaudeville was one of the first moments of American mass cultural cross-pollination: the rails opened up all theaters all across the country to touring acts, so people had the first chance to see things they’d never seen before.

And I remember thinking, “How interesting. It’d be fun to write about that.” Specifically, I thought it would be fun to write a little fairy story about vaudeville, one about art, creation, and the nature of perception.

And that, more or less, is what I said. (Though I probably had to pause to shift gears now and again.) 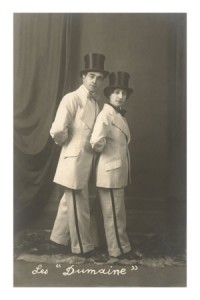 Over three years later, and here we are, with THE TROUPE set to come out in February. It has been quite a ride. But I am incredibly grateful that I happened to read that article, and get myself into the situation of choosing vaudeville as a subject for fantasy.

Because, quite frankly, it is the best thing I’ve ever done. I don’t say such things cavalierly – I really mean it. THE TROUPE makes me prouder than anything else I’ve made. And I hope you’ll find out why.

But I am thankful for choosing vaudeville for a few additional reasons. For one thing, it significantly reduced my workload: vaudeville was one of the most bizarre, surreal, and confounding periods in American entertainment. It did not take much chin-tapping and head-scratching to make the subject interesting; it needed no hooks, no spins; I did not have to find any clever, unusual perspectives from which I could explore this business-slash-culture-slash-artform. If anything, I didn’t know where to start. I had somehow tripped and fallen into an abundance of riches.

But I knew that. I grew up on vaudeville, in a way: when I was a kid, on Sunday mornings we watched Laurel and Hardy, and time and again we watched The Marx Brothers – Duck Soup and A Night at the Opera were favorites. I lived off of tapes and tapes of the old Looney Tunes bits, which are, if you didn’t know, about as vaudevillian as it gets. And of course, which child of the 80’s didn’t watch The Muppet Show? Which, well, is a vaudeville show, of a sort.

In a way, nearly everyone in 20th and 21st Century America has grown up on vaudeville. Vaudeville shaped our concept of comedy, the very grammatical structure of humor and performance. We wouldn’t have sketch comedy or standup comedy today if vaudeville hadn’t been the medium and form of entertainment, its circuits touching from coast to cast. We definitely wouldn’t have the movies – after all, the first movie theaters were vaudeville theaters.

(A fun bit of trivia – the east coast vaudeville circuits were the Keith-Albee circuits; the west coast, The Orpheum circuits. The two initially fought over bits and territory, but when movies and radio became the dominant form of entertainment, the old enemies merged into Radio-Keith-Orpheum, which later became, of course, RKO Pictures, which would go on to be owned by the likes of David O. Selznick and Howard Hughes. And none other than Joe Kennedy, pater familias to JFK, briefly owned a controlling portion of the stock during the conversion to a movie studio.)

Vaudeville is ingrained in us. It’s in Youtube. It’s in Saturday Night Live. It’s in Bugs Bunny. It is, really, the first modern form of American entertainment, and here’s why:

The problem with vaudeville, I could tell, was that there was going to be just too much to write about. There were so many weird acts that I knew I couldn’t use them all. My favorite was Hadji Ali, the famous regurgitator – which was a type of act that involved the actor actually, literally vomiting up unusual items in unusual ways. (Like I said, anything to put asses in seats…)

But vaudeville was not all surreal fantasy. It was a business, and it was discriminatory, and many of its acts were quite racist, if not the very definition of racism. It didn’t just start and end at minstrel shows (many of which had almost nothing to do with race at all, and became a bizarre culture in its own right) – look at Chico and Harpo Marx. 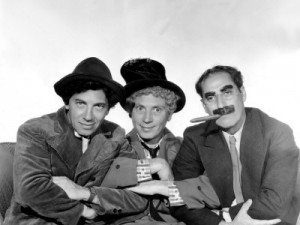 Chico, of course, is the Italian buffoon, loud, blustery, and conniving; and Harpo, with his huge red wig, laborer’s overcoat, and tattered pants, was originally the clownish Irishman, probably originally portrayed as a drunken tramp. Whether or not this was harmless fun, well… That’s a matter of some opinion.

Vaudeville was, in short, human – a human culture seeking to meet a human desire. To forget vaudeville, with all its flaws and complications, would be to forget our own history, to forget ourselves. 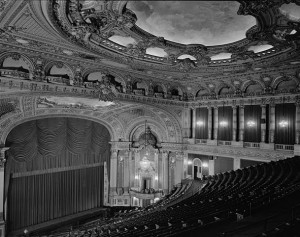 But THE TROUPE, at heart, is not solely about vaudeville. It is not even about entertainment. Rather, it is about perception – how people see themselves, others, and the world – and it is the matter of perception that all forms of entertainment hinge upon.

And, if you sing of the world differently – if your art says the world is something that it isn’t – does the world change with it? Or, perhaps more interestingly, will you change yourself?