We’re tremendously excited to be able to announce that A Memory of Light will be published on 8 January 2013 in the final month of the Year of the Dragon.

There are many people involved in this series since its beginnings including editor Harriet McDougal who worked with Robert Jordan on all of his books, and who is working with Brandon Sanderson as he finishes the series based on Robert Jordan’s outline and notes. Orbit is committed to making this landmark publication the best that it can be, and to respecting the wishes of everyone involved in its publication so that The Wheel of Time® has a deservedly fantastic ending for the millions of fans around the world.

We’ll be producing extra materials and content leading up to the publication of A Memory of Light, so join our Turn The Wheel of Time programme that celebrates the path towards the finale.

Finally, thank you to the millions of fans who have expressed their love of this incredible series. It’s going to be an amazing journey. 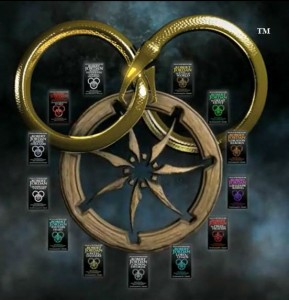