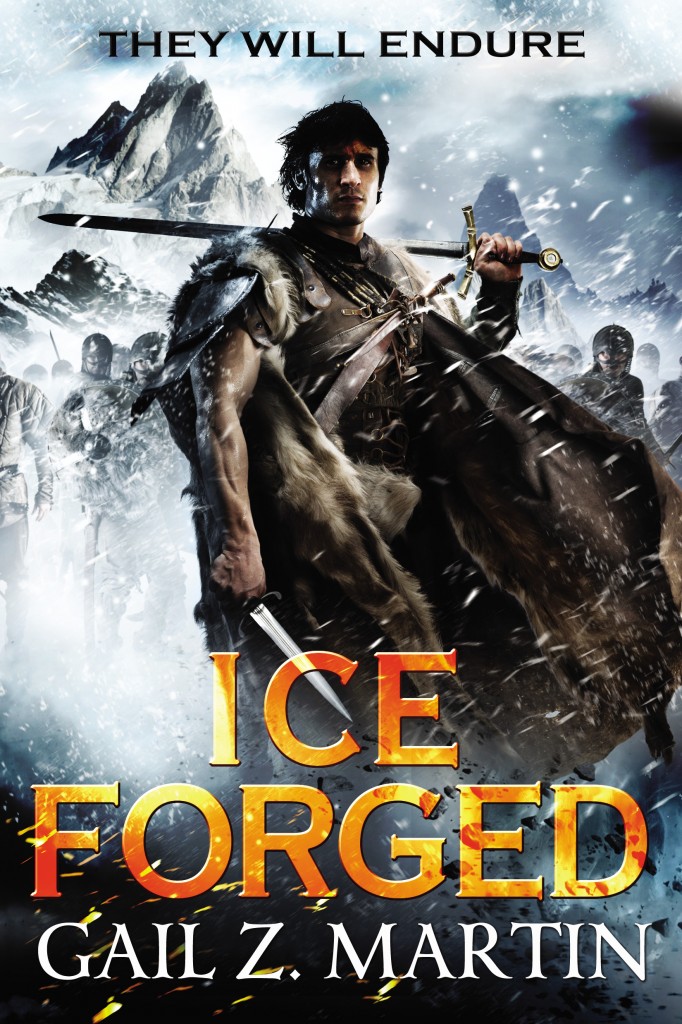 Who would you be, if everything you were and everything you had was stripped from you? Blaine McFadden will find out when Gail Z. Martin’s latest novel, ICE FORGED (UK | US | AUS), releases this January.

Your previous five novels, including the Chronicles of the Necromancer trilogy and the Fallen Kings cycle, were all set in the same world and featured many of the same characters. ICE FORGED marks the beginning of a new series. How much of a departure are we in for? How did the new series come about?

I love my Fallen Kings Cycle and Chronicles of the Necromancer series characters (and do plan to come back to tell more stories about them at some point), but let’s be honest—after everything I’ve put them through,  in what for the characters is a little over 2 years, the survivors really deserve to put their feet up and have a few beers for a while.

So I’d been playing with the idea of what if magic broke (as it nearly did in the Chronicles books), and what if we had a post-apocalyptic medieval world, and what if a world sent its convicts to the northern rim (instead of, in our world, Australia)….and I was off and running.

Read the rest of the interview…