As far as I can recall, that actually really truly is the first visual/emotional image I had for the book (all my projects have their genesis with a visual/emotional image like that one). The only other thing I’m sure of is that I had a number of conversations at the time about fantasy with my writerly friends, and I remember deciding after some deliberation to have two protagonists, one male and one female, who both are sixteen when the story begins. 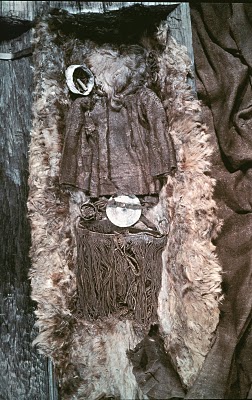 In rare cases, I know exactly where one of the elements in the book came from. For instance, the inspiration for Adica (Book Four: CHILD OF FLAME) is the Egtved Girl, whose grave was uncovered in 1921. When my family lived in Copenhagen in the autumn of 1999, I often visited the National Museum where her remains lie today under glass. The cover illustration by Jody A Lee for the USA edition of CHILD OF FLAME depicts a version of her clothing.

However, I have in the past stated that the series was originally conceived as a trilogy with a second trilogy to follow if wanted (and it has more than once been suggested that I “kept adding on volumes” as I went for various reasons which I won’t mention here). I recently unearthed an email to my agent dated December 1995 (a full year before the publication of the first book) in which I list a full six volume sequence ready to go.

For the sake of comparison, here are the titles from the 12/1995 email:

As you can see, the original title for book one was meant to be DRAGON’S HEART, scrapped when the film DRAGONHEART was released. Looking back, I’m glad we used KING’S DRAGON instead.

The sixth and last volume was split into two because of size: thus the sequence became seven volumes which, in the end, fit certain thematic elements present in the story and the setting better than six would have.

Because of things like this, I don’t really trust my memory of how and why I wrote the book or why I wrote it the way I did and most importantly why I made the choices I made. I can only for sure tell you what I now believe about those choices and that impetus. People who were around me at the time of writing each of the volumes will probably have a better memory of where bits and pieces came from.

Crown of Stars has another legacy for me, a more slippery one that has to do with my own ability to approve, defend, or applaud, even in my own mind, the worth of my work and creativity.

For years I would often say apologetic things about the setting of the book – apologizing is one of those reflexive personality things that I’m really sorry I can’t shake off – calling it ‘faux medieval’ because I was hyperaware that I am not an academic or a medievalist and thus have no specialized knowledge. Sometimes I made these kind of mildly disparaging remarks about my own work thinking it would head off criticism: for one thing, because Crown of Stars is an alternate history drawn from medieval Europe not an historical novel purporting to recreate with rigor an actual period of medieval Europe (10th century Germany, if you care about such things); for another, because I so often heard people denigrate epic/high fantasy, a genre I have always loved. At times I apologized simply because I know my writing has flaws; I’m not perfect; I make mistakes: For some reason this all had to be apologized for even if it is in the nature of creative work to have flaws.

In fact, I read many academic books and articles as research for the series, filled notebooks and file folders with notes, details, comments, a florilegium of quotes; I made a timeline, a seven year calendar, genealogy charts, maps, crude architectural drawings, lists of character names, list of potential chapter titles, on and on, and pages and pages of notes on characters and events and possible scene breakdowns and plot expansions. The usual. Many writers do this kind of work (in kind if not in content) before and during the writing of a book.

So why was it so hard for me to say not “the setting is faux medieval (sorry sorry)” but rather, “the setting is vivid and detailed and complex because it is based on research and driven by my desire to comprehend and portray what life would be like in a different time and place”?

I don’t know. But I learned that I have to stand up for my own work. Who else will, if I won’t? 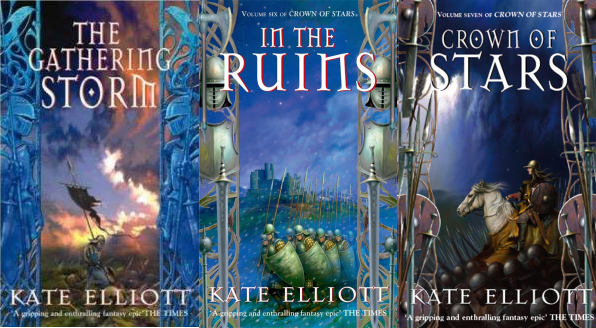 That doesn’t mean I don’t acknowledge the flaws. Seeing what I did wrong makes it possible for me to improve. In retrospect, for example, I wish I had known how to cut ten percent of the verbiage; I could have done so without eliminating any characters or plot lines (all of which eventually fold back in to the larger thematic plot), and it would have streamlined the reading experience a bit even though it would still be the huge story that it is meant to be. But I didn’t know how to do that then; I learned as I wrote. I worked to do something new with each volume: I worked on improving my prose and pacing; I focused on making scenes stronger and more emotionally engaging; I endeavored to make the characters act believably with both flaws and strengths, with triumphs and disasters. Vitally, I specifically wanted to show the small quiet everyday moments of life lived, the people and the daily life and work that is often forgotten or considered unimportant when it is in truth the foundation on which all rests.

That brings me to the other question.

Why did I write Crown of Stars?

Tolkien was been a huge influence for me as a young reader. I first read THE LORD OF THE RINGS at thirteen (having previously tried to read THE HOBBIT at eleven and completely bouncing off it). So there is certainly a sense in which I wanted to write my “LORD OF THE RINGS”, although emphatically not as an homage to Tolkien, not in imitation of Tolkien, and not as a way to try to best Tolkien (impossible because I lacked his life experience and his immense scholarly knowledge of languages and literature). It’s not that straightforward. I didn’t want to write Tolkien or be Tolkien. I never wanted that.

I wanted to write me and be me. I wanted to say what I personally – me, uniquely had to say about the idea of epic fantasy. I wanted to write the thing only I could write, one that would sweep up readers the way I had once been caught up. I wanted to write an immersive, magnificent, huge, adventurous epic story that included the people who were on the whole left out.

It also meant high adventure, brutal storms, bloody battles, journeys along dark and unknown roads, friendship and love in unexpected places, loyalty and treachery, joy and misery, the inner heart and the outer seeming. It meant a plot wrapped around one vast cataclysm, a terrible act of war come back to haunt the descendants of the victors long after its perpetrators are dead.

That’s the story I wrote.

I will end with a quote I wrote down into the front of my most important “world building” notebook (one of many) for Crown of Stars, so I would see it every time I checked the notebook for reference. The words of French historian Georges Duby describe something of what I tried to capture in my narrative:

An event explodes. It sends shock waves into the depths of society, and in the resultant echo we can look for signs of phenomena normally hidden in the shadows but now exposed to the light of day . . . When, moreover, the event is important, what people say about it will gradually be transformed by the complex interplay of memory and forgetting.”