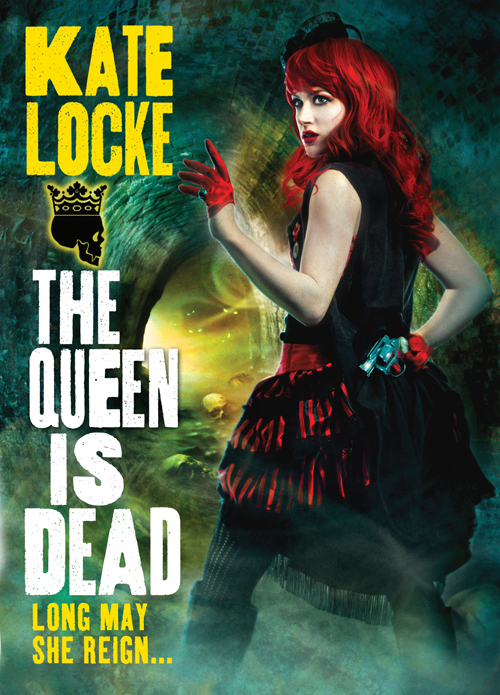 THE QUEEN IS DEAD (US | UK | AUS) releases officially today and if you thought GOD SAVE THE QUEEN (US | UK | AUS) was good, wait until you read this next installment of The Immortal Empire series. If you’re new to these, get ready for a modern day London unlike our own in so many fun  and mysterious ways. But you might be wondering how it got that way. To fill in the gaps, Kate Locke has written up an alternate timeline of notable events in the world of the Immortal Empire. So get ready. Get set. This is not your average history lesson, boys and girls.

February 5 2010 – Vex MacLaughlin spies a grown Xandra Vardan for the first time at a society function. Sources claim to have overheard Churchill telling the Scottish wolf to stay away from his ‘dear girl.’

March 27 1937 – The corpse of Human League activist and German painter Adolf Hitler was found in his home almost completely drained of blood. The killer was never found.

April 4 1968 – Popular British TV show ‘Coronation Street’ introduces it’s first Half-blood character, Nancy. The daughter of a working class couple who had no idea that both of them carried the plague from long-dead ancestors. Nancy’s look was based on model Jean Shrimpton, and her iconic violet hair was said to be inspired by an Andy Warhol painting of Marilyn Monroe.

April 16 2012 – Sid Vicious released his Frank Sinatra tribute album and dedicated it to his wife Nancy.

May 24 1819 – Her Ensanguined Majesty Queen Victoria was born. Her parents knew she was a vampire the moment she bit her nurse.

June 3 2001 – Bertie, Prince of Wales is named one of the world’s ‘sexiest men’ by People Magazine. His mother, Queen Victoria is not amused. Werewolf Alpha Vex MacLaughlin is also mentioned. He was decidedly amused.

June 3 1990 – Courtesan Juliet Claire is attacked and bitten by a were while pregnant with the Duke of Vardan’s eldest daughter.

July 13 1971 – A pink-haired half-blood named Locke was mistakenly admitted to Bedlam Asylum for the Insane when she began to rant about the voices in her head. The poor soul wasn’t mad, she was just an author. Though, some would say the two are synonymous.

August 21, 1765 – The Duke of Clarence born the first goblin of the Royal Family. His mother, a strong woman by all accounts, fainted at the sight of him.

November 8 1847 – Birthday of Bram Stoker, who would be exiled from the UK because of his scandalous depiction of vampires in his novel Dracula.