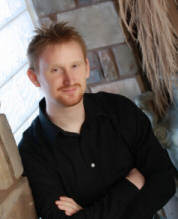 The short version of this post is that I’m excited to announce the acquisition of David Dalglish’s Shadowdance series! For the formal version, the official press release is below.

NEW YORK, NY (February 15, 2013) – Today Orbit US & UK announced the international acquisition of the Shadowdance novels – an epic fantasy series by self-publishing success David Dalglish. The author has already digitally published the first four books in the series, all of which have been e-book bestsellers.

Dalglish said of the deal, “I’ve seen the limits of what I can accomplish self-publishing and hope that with Orbit I can reach the next level, both in the quality of my writing and the size of my audience. I’m thrilled with everything Orbit has offered me, and feel this is the next step I need to take in my career.”

A dark, gritty epic fantasy, the Shadowdance series is a character-driven tale of assassins, thieves, and treachery. The series begins when Aaron Felhorn – the son of the greatest assassin of the age – is sent to kill the daughter of a priest, but instead chooses to protect her.

Acquiring editor Devi Pillai said, “We are looking forward to building on David’s self-publishing success and helping to make him a worldwide bestseller in all formats.”