Orbit is so excited to announce that Terry Brooks will be visiting the UK for the first time in over 5 years!  He will be in London on holiday but has spared an evening to schedule an event at Forbidden Planet – on Wednesday 3rd April at 6pm.  He will be signing copies of the first in his new series, Wards of Faerie (now available in paperback) and his new hardback Bloodfire Quest (out 12th March).  Like our Orbit UK Facebook page for full details and updates. 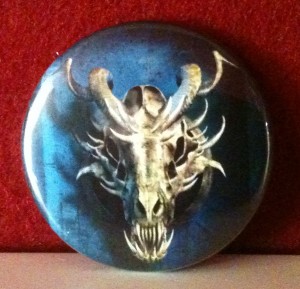 And for all Terry’s UK fans who can’t make it to London, never fear… whether you can attend the signing or not, every person who emails a question for Terry to orbit@littlebrown.co.uk will receive a Bloodfire Quest badge!  We will film his answers so everyone gets to ‘meet’ him.  Plus the top three questions will win a signed and dedicated book.  (UK entrants only).

Join us to celebrate a great year for a legend of the fantasy genre!  2013 is an especially exciting year for Terry as his full Dark Legacy of Shannara series will available, with the last novel in the trilogy, Witch Wraith, publishing this July.