Anthony Ryan is the British author of BLOOD SONG [UK | ANZ], a spectacular debut that is set to be this summer’s blockbuster epic fantasy release. Here, Anthony talks about the influence of David Gemmell on his work and the role of the hero in fantasy literature.

David Gemmell is now regarded as perhaps the finest exponent of the ‘heroic fantasy’ sub-genre, and his works present a rich variety of heroes, from mighty axe-wielder Druss the Legend to brooding gunfighter Jon Shannow, distinct from each other but often sharing the same traits of lingering guilt over the lives they have taken and the stark realisation that heroism often holds scant reward. 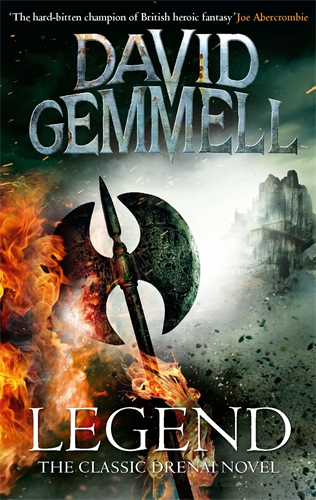 The hero has always been an aspirational figure, lauded for courage and self-sacrifice by lesser souls, and of central importance in fiction since ancient times. However, the real world is depressingly rich in heroic tales that fail to match the classic narrative. In Clint Eastwood’s Flags of Our Fathers we learn that only three of the US marines who raised the flag on Iwo Jima survived the war and, despite a nationwide bond tour and huge press attention, went on to lead lives largely devoid of continued adoration and certainly not marked by any financial reward. It’s also highly unlikely more than a handful of modern Americans, other than military historians, could name them now (for the record: Corpsman John Bradley, Private Rene Gagnon and Private Ira Hayes, and yes, I had to resort to Wikipedia).

History does offer a few notable exceptions to the forgettable nature of heroes, antiquity tells of mighty Horatius holding the bridge to save Rome from the Etruscans and many in the UK no doubt still recall Colonel H. Jones winning a posthumous Victoria Cross for charging a machine gun post in the Falklands in 1982. But can you remember off-hand the name of the private who won a VC in Iraq in 2004? Or the nursery worker in London who suffered severe injuries whilst protecting children from a madman with a machete in 1996? If, like me, you had to resort to Google, you will know them as Sergeant Johnson Beharry and Lisa Potts. Sergeant Beharry is still in the army but continues to suffer from his injuries and Lisa Potts has experienced repeated bouts of severe depression resulting from post-traumatic stress. 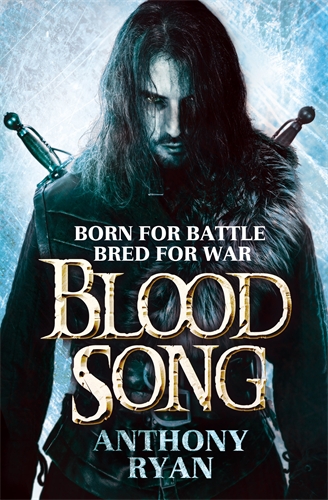 Fantasy literature is often at its best when it recognises this grim reality of heroism, the stark realisation that the decision to risk one’s life in defence of others or in pursuit of a cause, noble or otherwise, is unlikely to reap more than the most meagre rewards. In Druss, perhaps Gemmell’s most iconic character, we find a hero in the Horatius mould; a man raised to legendary status in his own lifetime by virtue of his great physical strength and implacable nature, not to mention his wicked skill with trusty battle-axe Snaga. As in many a heroic tale Druss is usually in pursuit of a goal, his stolen wife in The First Chronicles of Druss the Legend, magical jewels in The Legend of Deathwalker, and victory over the Nadir horde in Legend. In each story we are presented with a man haunted by past deeds who is often confronted by the consequence of his actions. Although, as Druss points out in Legend “I never did a shameful thing. Nor yet a cruel one…” he later shows no hesitation in killing a recalcitrant warrior who refuses to accept his leadership, discovering later the man had a wife, daughters and had been an admirer of his since childhood.

However, by far Gemmell’s darkest and most conflicted hero is to be found in Wolf in Shadow in which he introduced Jon Shannow, a fearsomely skilled gunfighter searching a post-catastrophe future landscape for the fabled city of Jerusalem. Shannow is essentially a hybrid hero, owing as much to Louie L’amour as to Robert E. Howard, dispensing justice to various no-good outlaws whilst battling the Satanic Hellborn army. However, unlike many a western hero or any of Howard’s broadsword swinging muscle men, Shannow feels the weight of the lives his takes, “Every death lessens me,” he tells his lover Donna, a psychic who recognises him as “a man living on the edge of sanity, chasing the impossible.” Shannow’s obsession with Jerusalem is part expression of religious fanaticism and part desperate quest for a peaceful refuge. Like Druss, he is a man set apart by deadly abilities and unshakeable will, cleansing towns of outlaws then moving on in the knowledge the people he has saved have no place for him. The fabled city of God offers a chance at redemption and leads to the book’s wonderfully sombre conclusion.

F. Scott Fitzgerald once wrote ‘Show me a hero and I will write you a tragedy’, and it seems that the heroic tale, both in reality and fiction, is often a far from happy story. Yet as David Gemmell demonstrated time and again, it’s still well worth reading.