ICE FORGED (US | UK | AUS) launched the popular new Ascendant Kingdoms Saga in January 2013, and Book Two, REIGN OF ASH, is coming in early 2014.  Author Gail Z. Martin is doing her annual “sneak peek” Hawthorn Moon event featuring REIGN OF ASH beginning June 21 with an international blog tour, podcasts, excerpts, readings, giveaways and more.  We asked her what readers should expect from Reign of Ash and afterwards show off the fantastic cover of the upcoming novel. 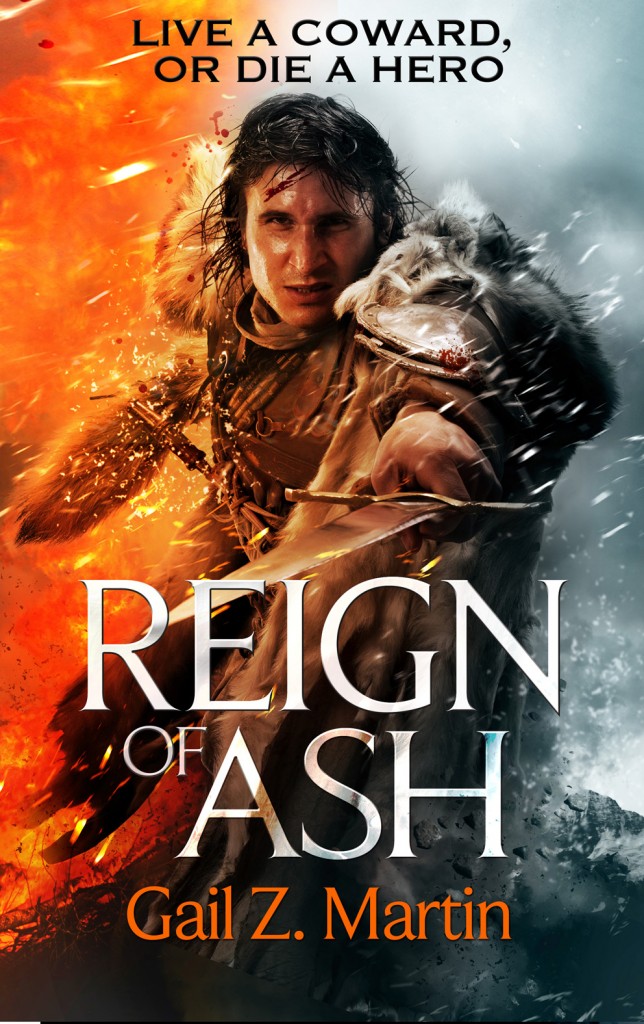 Q:  What can you tell us about where Reign of Ash will take Ascendant Kingdoms readers?

A:  Reign of Ash picks up right after Ice Forged, with Blaine McFadden’s quest to restore his homeland of Donderath.  As Ice Forged readers know, the quest isn’t completed at the end of Book 1 because there is so much more to do, so much damage to overcome.  It’s going to take all that Blaine and his friends have to give to survive!

Q:  How have Blaine, Kestel, Piran and the other Ice Forged characters changed going into Reign of Ash?

A:  Exile and prison brought Blaine’s group together, so they’re used to having each others’ backs.  That serves them well in the very dangerous and unstable conditions in post-war Donderath.  Now that they’re free, there will be choices to make.  Blaine is still very much at the center of the group, and in Reign of Ash, several new characters get added to the circle, some old friends and new allies.  Going forward, they will be at the heart of bringing the ruined kingdom back to life, and the paths they choose will determine Donderath’s future.

Q: Will we see more of Connor and Lord Penhallow?

A:  Absolutely! Bevin Connor remains an important viewpoint character.  We met him in Ice Forged fleeing for his life when Donderath fell, and see him emerge as an unexpectedly heroic person.  No one is surprised at that more than Connor himself!  In Reign of Ash, Connor grows into an even more important role, playing an enormously important part in the book’s life-or-death climax.

Q:  Will Ice Forged’s bad guys be back for more?

A:  Bet on it! Pentreath Reece and Vedran Pollard have their own agenda for the post-war wreckage, and their vision involves seeing themselves emerging as the ultimate power players. Anarchy breeds opportunists, so Reece and Pollard are in their element, and the only thing standing in their way is Blaine McFadden.  Expect serious fireworks!

Q:  When will Reign of Ash be released?
A:  April, 2014 is the launch date.  Wondering what to read until then?  If you haven’t read my Fallen Kings Cycle books, The Sworn and The Dread, now is a good time!

Q:  What is your Hawthorn Moon sneak peek all about?

A:  It’s something I started with my first book, The Summoner, and it’s become a tradition.  The Hawthorn Moon blog tour is the first look at the next cover, plus book giveaways, excerpts, and exclusive guest blogs.

Here are just a few highlights:

Check out the cover below and read an excerpt from the novel.