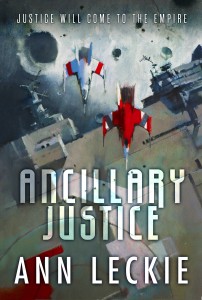 The first volume of the Imperial Radch series, ANCILLARY JUSTICE (US | UK | AUS), by Ann Leckie will be hitting shelves October 2013.

This was one of those projects that when the editor started giving the description of the project, all of us in the art department started licking our chops to get our hands on it and start working. Space opera, psychological thriller, and “corpse soldiers”… what more can art directors want?!

Lauren had been looking for an excuse to use John Harris for some time and this ended up being that perfect opportunity. (She’s gonna write about John in a bit)  We decided to have John create a giant piece of artwork that would be divided up between the three covers in the series. In the end, when all three books are placed together, they will fit like a puzzle to create the single piece that John created.  Here’s a view of the complete piece of art from John Harris. 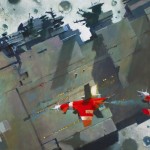 Once I got my hands on his artwork I started working on the design and typography. We wanted something that was going to ride the fine line of screaming big book, but not overpower Johns amazing artwork.  In the end, I couldn’t be happier with the final package.

Here’s Lauren to talk about working with John!

I have loved the paintings of John Harris since before I knew anything about art professionally. His covers for the Ender books are just epic standouts in my memory. I met John for the first time exhibiting at Illuxcon in 2011, and I was completely blown away by not only seeing the paintings in person (they’re incredibly EPIC in person, some of them are up to 6 feet long), but I fell in love with the pastel sketches he does for thumbnails. I actually ended up adopting two of them…check out some examples: Sketch 1, Sketch 2, Sketch 3

One of the best parts of my job is being able to collaborate with some of my art heroes…the people that inspired me to go into art in the first place. And once we had John on board, we really wanted to retain the energy of his sketch phase, brought into the full painting. That, plus the limited gray tones of the ship palette plus the bright pops of red just literally had me cheering every time I opened my emails from him. It was his amazing idea to do the 3 covers as one long illustration, and it not only works really well in the context of the story, it’s going to just look so incredibly cool once the three books are out. Kirk has some design surprises for you when the whole mechanical is complete.

So with everything said and done, we are thrilled to present the cover to the Ancillary Justice by Ann Leckie. 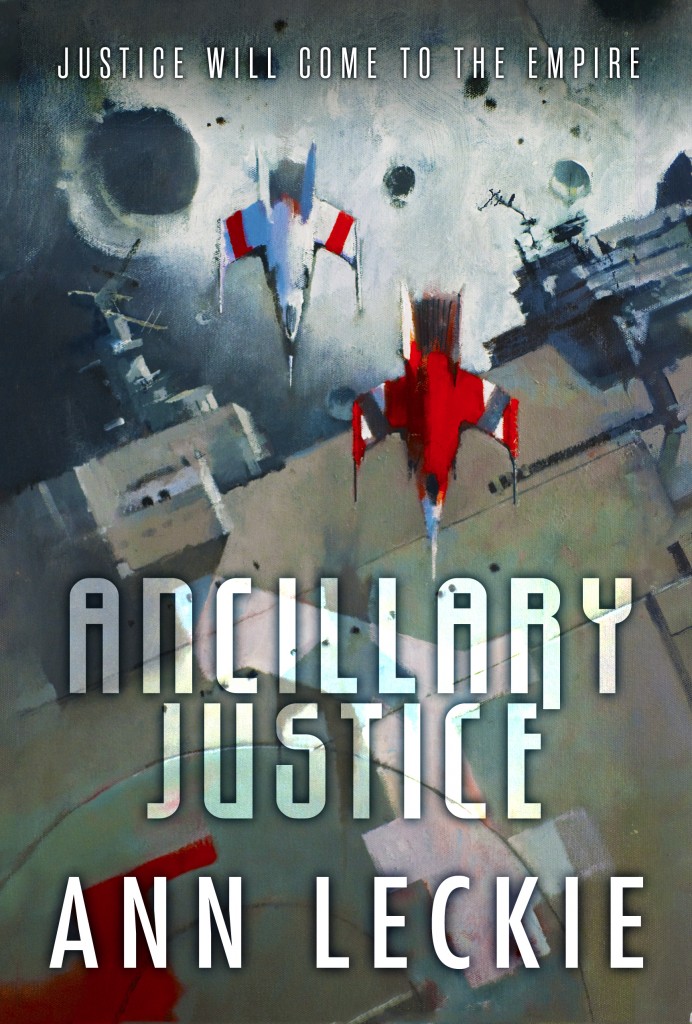 A POWERFUL SF DEBUT OF WAR WITHOUT END, A SOLDIER WITHOUT AN ARMY, AND REVENGE WITHOUT MERCY

On a remote, icy planet, the soldier known as Breq is drawing closer to completing her quest.

Breq is both more than she seems and less than she was. Years ago, she was the Justice of Toren– a colossal starship with an artificial intelligence linking thousands of corpse soldiers in the service of the Radch, the empire that conquered the galaxy.

An act of treachery has ripped it all away, leaving her with only one fragile human body. And only one purpose– to revenge herself on Anaander Mianaai, many-bodied, near-immortal Lord of the Radch.