Yesterday Ann Leckie and Rachel Bach appeared on RT Book Reviews to discuss some of the female writers of science fiction who inspired them, and their favorites. Afterwards, we asked you on Twitter to name some of YOUR favorites. Read on below for recommendations of some great science fiction books! 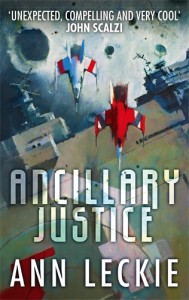 ANCILLARY JUSTICE (US | UK | AUS) is available now! Look for it online and in stores everywhere or read an excerpt here. 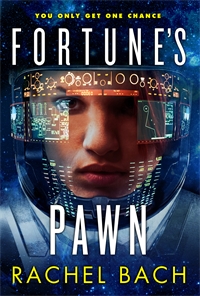 Ursula K. Le GuinLeft The Left Hand of Darkness & The Word for World is Forest
Anne McCaffrey, The Ship Who Sang & Crystal Singer
Anything by Marion Zimmer Bradley
Ann McCaffrey, the Prime series
Elizabeth Moon, The Speed of the Dark

@orbitbooks Ursula Le Guin, definitely. Everything. I also really like the Vorkosigan Saga, though I don't know how SF that is. And: PERN.

@orbitbooks Memory by Bujold, The Dispossessed by LeGuin, A Swiftly Tilting Planet by L'Engle, Pride of Chanur by Cherryh & more. #womeninsf

@orbitbooks Sea-Kings of Mars, Bold As Love, The Saga of Pliocene Exile

@orbitbooks Wild Seed by Butler, The Dispossessed by Le Guin, The People: No Different Flesh by Henderson, Bone Dance by somebody….

@orbitbooks Ursula K Le Guin 'The Lathe of Heaven': love the way the book constantly re-conceptualises itself & its genre.

@orbitbooks Theirs Not To Reason Why quadrilogy by Jean Johnson. Or The Gildar Rift by Sarah Cawkwell.

@orbitbooks I really enjoyed The Sparrow too… Has Tricia Sullivan been mentioned?

@orbitbooks For starters, vN by @MadelineAshby and of course Left Hand of Darkness by @ursulakleguin

@orbitbooks XENOGENESIS by Octavia Butler and DAWN in particular is an astounding work, THE SPARROW by Mary Doria Russell #womeninsf

@orbitbooks I reckon Among Others by Jo Walton will come to be regarded with great affection by genre fiction fans. I love it. #womeninsf

@orbitbooks PRIDE OF CHANUR, BORDERS OF INFINITY, CONFLICT OF HONORS, PRICE OF THE STARS, TO SAY NOTHING OF THE DOG #womeninsf

@orbitbooks he she and it; marge piercy, silver metal lover; tanith lee , ride(catch the) lightning by catherine asaro…

@orbitbooks Ursula K. LeGuin, almost all of her work, But especially Left Hand of Darkness

.@orbitbooks The answer would be the same without any qualifiers of gender or genre: nearly anything by Ursula K. Le Guin #womeninsf

Any others you would like to name? Go ahead and give them a shout-out in the comments!