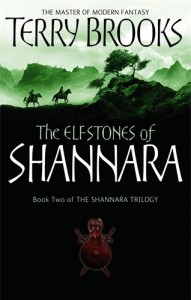 The exciting news broke over the weekend that MTV have ordered 10 episodes of a TV adaptation of Terry Brooks’ Shannara novels. After years of fans worldwide calling for this epic fantasy series to make it to the small screen, it’s fantastic to hear that it’s finally been green-lighted.

The first season will be based on The Elfstones of Shannara (UK | ANZ), which when first released spent 16 weeks on the New York Times bestseller list. Directing will be Jonathan Liebesman (Teenage Mutant Ninja Turtles), and the script is written by Smallville creators Al Gough and Miles Millar. Terry Brooks himself will be taking an executive producer role, along with Jon Favreau and Dan Farah.

The casting is yet to begin – the question is: who would you all like to see starring?