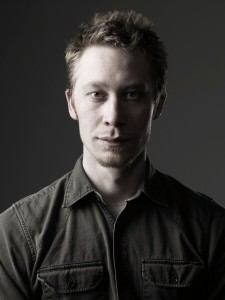 We pre-empted a manuscript a few months ago that we read and loved instantly. The reads were unanimous — it was perfect!!  It reminded us of Brent Weeks’s original Night Angel Trilogy, mixed with a drop of Scott Lynch’s The Lies of Locke Lamora and the brilliant characterizations of Brandon Sanderson.   But to be honest, we just fell in love with the characters, HOPE & RED. Red is a thief — and Hope is a trained warrior.  Their meeting — and their adventures will become a legend. . .

So we are over the moon to introduce you to a new author in the adult world, Jon Skovron and his novel, HOPE & RED, which we will be publishing in the summer of 2016.

A nameless girl is the lone survivor when her village is massacred by biomancers, mystical servants of the emperor. Named after her lost village, Bleak Hope is secretly trained by a master Vinchen warrior as an instrument of vengeance.

A boy becomes an orphan on the squalid streets of New Laven after drugs and disease take the lives of his bohemian parents. He is adopted by one of the most notorious women of the criminal underworld, given the name Red, and trained as a thief and con artist.

When a ganglord named Deadface Drem strikes a bargain with the biomancers to consolidate and rule all the slums of New Laven, the worlds of Hope and Red come crashing together, and their unlikely alliance takes them further than either could have dreamed possible.