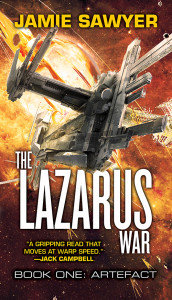 I love me a great sci fi novel, and these are great sci fi novels! I got assigned the Lazarus War series by Jamie Sawyer (US | UK | AUS)  which is set in a future where mankind battles a hostile alien race. All that protects us are an elite military team, remotely operating avatars in the most dangerous theatres of war.

Lauren had reached out to the ever talented Ioan Dumitrescu to work on the series. Jon took the proverbial bull by the horns and came back with illustrations that blow you away like an old school Maxell Ad. It only seemed appropriate to have the art keep pace with the story, so we wanted movement and action that jumps off the page!

Here’s Jon (Ioan) to talk about the project!

Hi everybody, my name is Ioan Dumitrescu and im a professional concept designer / ilustrator for games and movies.

And sometimes im in that zen zone where i get to do sci fi book covers. This time that opportunity came with Lazarus War by Jamie Sawyer.

My first assignment came from Lauren P, and i was briefed to work around a lead ship. The thing i love about doing book covers is they give me a great freedom to experiment and see where it can take me. The starship was supposed to be a bulky, can take a hit, huge gun/ cannon. 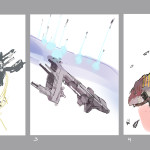 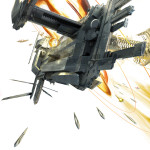 The vibe i followed was to make a very dynamic image, and show a race for life. I took advantage of 3d to get the best angle and shapes. After that the image started coming along, having a huge star like explosion, which i thought would show how anything can happen at any given moment. We also see a glimpse of the aliens, the Krell ( thats a cool alien name) with their smaller needle attack ships, that swarm and overwhelm. The colors of orange yellows described the imeddiate danger the starship is in, but you can also see hints of blue and green at the front which gives hope to escaping alive.Next came the email from Kirk B, saying to start focusing on the second book, which would come down to showing what the Krell are all about, behemoth motherships, 10 times the size of the starships, that deliver thousands of expendable attack ships. Process was similar, using 3d to decide on the best angle. I wasnt ready to give up on the dynamic action packed feeling, and i also wanted to be different from the „all out” first cover.I decided to show the moment before the Krells choose and attack their targets. Having left the last battle in the background, now stands the mothership, in all its biomechanic glory, in a somehow proud stance, a relic of times unknown, that conquers everything it sets it sight on, no fear, no emotion. I choose to make it a bit more slimy and also a small tribute to the genius of H.R Giger. It just felt right! All the attack ships are waiting to jump at their target when given the order! Tension in the air treated with an unearthy like calm. The colors followed that feeling, having the ship wrapped in serene white light and surrounded by blacking greens. The touch of red is also a sign of the carnage that might follow. 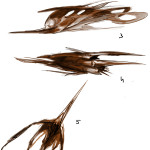 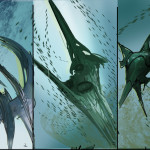 This can now only get me thinking of what might be the 3d book cover, im thinking of something more intimate, that would bring the viewer and reader closer to the characters that take the action further.

I hope you enjoy the past and future covers to come! 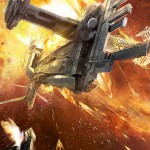 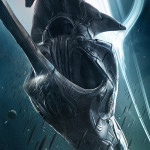 So, without adieu, I’m thrilled to present the covers to the first two books in the Lazarus War series by Jamie Sawyer! 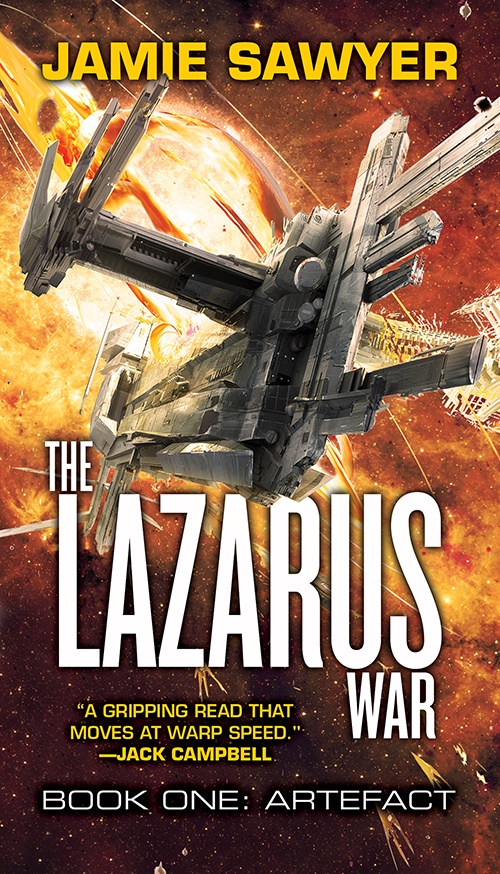 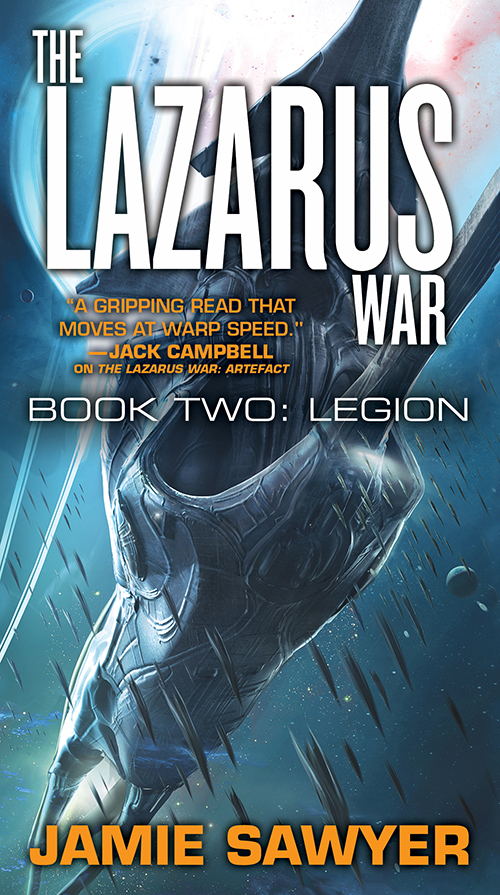