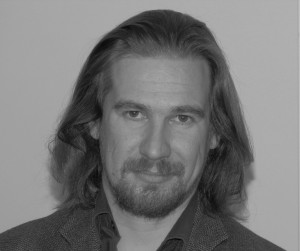 Around a decade ago we published Ian Graham’s blisteringly good fantasy debut: MONUMENT. It featured an anti-hero the likes of which we’d never seen before, and David Gemmell called it the most exciting fantasy of the year, adding that Graham was a ‘magnificent storyteller’. Some fans have even claimed that MONUMENT predicted the current grimdark trend in fantasy.

We are now super excited to announce that not only will we be releasing MONUMENT in ebook for the first time ever this December, but we have a brand new two book fantasy adventure from Ian Graham to share with you!

Coming to ebook in January 2016, THE PATH OF THE HAWK tells the tale of the Hawks, an elite regiment of soldiers entrusted with missions far beyond the scope of the conventional army:

Blessed Master Helligraine – one of the Church’s highest ranking, most beloved holy men, was abducted one year ago, his corpse found rotting in a river. When evidence emerges that Helligraine is still alive and being held against his will, three Hawks are dispatched to bring him home. But Helligraine’s past – and present – is not what it seems, and two nations are drawn into a conflict whose seeds were sown millennia ago.

A prequel of sorts, THE PATH OF THE HAWK is also a chance to learn more about what made Ballas the man he is in MONUMENT . . .

Dates for your diary: