If you want a heroine who’s as rebellious as Han Solo, as savvy as Leia, and as skilled as Rey then look no further than K.B. Wagers’ debut novel Behind the Throne, which features a world far into our future, and far from our galaxy. Here’s a fabulous sneak preview of the cover, designed by the inimitable Lauren Panepinto. 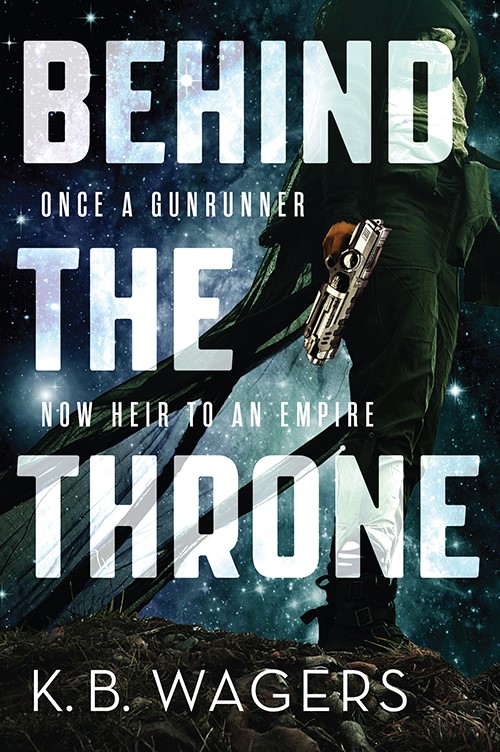 Hail Bristol has made a name for herself in the galaxy for everything except what she was born to do: rule the Indranan empire. When she is dragged back to her home planet to take her rightful place as the only remaining heir, she finds that trading her ship for a palace is her most dangerous move yet.

This action-packed novel is the first in the new Indranan War series that is equal parts action and intrigue, with intergalactic battles and warring kingdoms. Available on August 2, 2016 – preorder your copy now!