Introducing the new look for the Immortal Empire series in Premium MM coming out next summer. 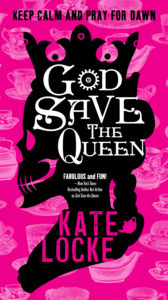 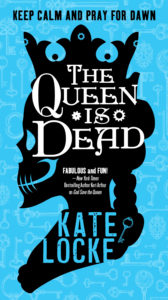 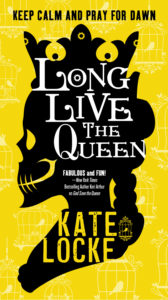 The undead matriarch presides over a Britain where the Aristocracy is made up of werewolves and vampires, where goblins live underground and mothers know better than to let their children out after dark. It’s a world where the nobility are infected with the Plague (side-effects include undeath), Hysteria is the popular affliction of the day, and leeches are considered a delicacy. And a world where technology lives side by side with magic. The year is 2012.

Xandra Vardan is a member of the elite Royal Guard, and it is her duty to protect the Aristocracy. But when her sister goes missing, Xandra will set out on a path that undermines everything she believed in and uncover a conspiracy that threatens to topple the empire. And she is the key — the prize — in a very dangerous struggle.

The fantastic start to The Immortal Empire series that continues with the spectacular undead books, The Queen is Dead and Long Live the Queen.